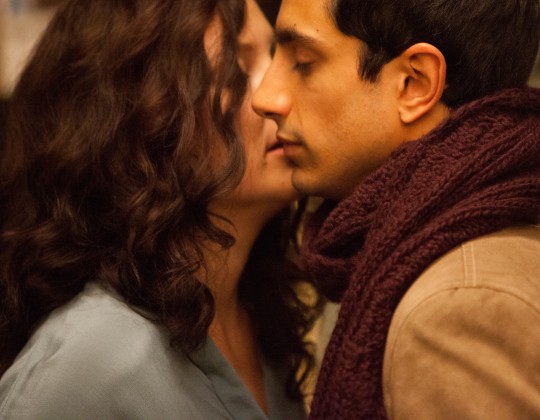 Based on the book of the same name by Mohsin Hamed, who helped adapt the screenplay and filmed around the world in India, Istanbul, Atlanta and New York, The Reluctant Fundamentalist is an interesting choice by Director Nair to make, familiar as we are with her previous films such as Monsoon Wedding, Kama Sutra and Vanity Fair.  However, she has also illustrated an interest as a filmmaker with the wider political sphere, having made the India segment of 11.09.01- September 11, a film concerning the impact of events on September 11th.

Best known for Shifty, Four Lions and the more recent Ill Manors, Riz Ahmed takes the title role which, for a Hollywood movie, is a rarity in itself, bringing with it a stellar cast. He is eminently watchable, despite sporting a rather poor false beard for much of it.  But this film, however interesting it may be in subject matter, has to rest in the ‘worthy but dull’ category. The film never really manages to get off the page; characterisation and dialogue are both leaden and predictable and there are never any surprises thrown up, even though the actors are good. The characters remain rather rote and two-dimensional. The ‘Greedy Boss’, the ‘Troubled Girlfriend’, the ‘Honourable Dad’. There were no extra colours thrown in the mix ensure these characters life.

It could also have benefited from a sharper knife in the edit, running long, at over two hours. This is a great shame, because the story and the conversation it asks for is an interesting one, unfortunately not best served by this slow moving, ultimately unabsorbing stab at ‘race issues’. AT