The final part of WIM WENDERS’ loose trilogy of road movies (following on from Alice in the Cities and Wrong Move), KINGS OF THE ROAD has been hailed as one of the best films of the 1970s and remains Wenders’ most remarkable portrait of his own country.

After driving his car at high speed off a road and into a river, losing all his worldly possessions, Robert Lander (Hanns Zischler) hitches a ride with Bruno Winter (Rüdiger Vogler), who travels across Germany’s hinterland repairing projectors in run-down cinemas. Along the way, the two men meet people whose lives are as at odds with the modern world as their own. In attempting to reconcile their past, the two men find themselves increasingly at odds with each other.

KINGS OF THE ROAD is a meditation on the passing of the age of great cinema, an acute study of life in post-war Germany and to this day remains one of Wim Wenders’ most accomplished films.

Best known for Divergent and The Time Traveler’s Wife, Robert Schwentke’s first German-language feature for 15 years is a shocking depiction of the dark recesses of the human mind when left to its own devices after emotional trauma has robbed it of all decency.

This gruellingly uncomfortable watch is told through the real-life story of a young German soldier who deserts his unit during the last knockings of the Second World War when he assume the rights but not the responsibilities of of a high-ranking official whose guise he assumes after a chance discovery.

We meet Willi Herold (Hubacker) trudging laboriously through a widescreen rolling landscape in search of something to eat. Mud-splattered and worn down after hiding in the roots of a tree after his chase through the forrest that is straight out of Jan Nemec’s Diamonds of the Night. Herold is now desperately looking for something to eat. What he finds is a suitcase containing the pristine uniform of a Nazi captain. Confidently assuming this new guise complete with monocle, Herold goes on to command a motley crew of survivors on an odyssey into the nadir of destruction and debauchery.

Far from Noirish this startlingly lit arthouse shocker takes time in establishing its horrific storyline as Private Herold transforms into an emotionally detached psychopathic killer. A hauntingly spare score, jagged angles and claustrophobic interiors echo German Expressionism at its finest as the camera leers down on Gothic townscapes and cowers up at the frightening faces of these demonic deserters at the crumbling of the Third Reich.

A dynamic cast of Germany actors are led by the diminutive Max Hubacher channelling Bob Hoskins in Long Good Friday with touches of Daniel Craig. After subjugation, he discovers domination. And he likes it. Barking orders at his subordinates and giving his hostages the full two barrels, the tension gradually mounts as he convinces everyone he’s taking order from the Führer himself. Milan Peschel plays his adjutant, calmly obeying him but secretly despising him. There’s a madcap quality at play here, although realism dominates in the dialogue and acting.

The Captain must surely be the definitive anti-war film with its over-arching themes of futility and gratuitous violence and the final scenes shows British complicity in the act of war, but not a drop of blood is ever shed. Chillingly devoid of genuine camaraderie save that of the togetherness of joint slaughter this is an exquisitely stylish, gratuitously violent, quintessentially German absurdist parody with its homage to The Night Porter in the deranged denouement. MT 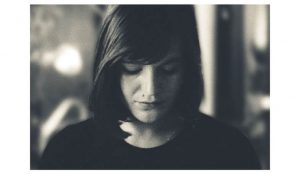 The first female director to win the Golden Lion at the Venice Film Festival, Margarethe von Trotta (1942) is to thank for some of the most trailblazing films over the past five decades. Von Trotta’s wonderfully complex and outspoken female characters have undoubtedly inspired those taking centre stage in films by contemporary directors such as Jane Campion, Andrea Arnold, Lynne Ramsay and Lone Scherfig. One of the most gifted – but often overlooked – directors to emerge from the New German Cinema movement at the same time as Rainer Werner Fassbinder and Werner Herzog – von Trotta has never shied away from topics that resonate with contemporary lives and provoke revolutionary discussion. The power of mass media, historical events, radicalisation and women’s rights, have all been visible elements in her films since the politically turbulent 1970s.

As part of their ‘Margarethe von Trotta Revisited’ programme, Barbican will welcome Margarethe von Trotta for a ScreenTalk on 2 Oct to discuss her illustrious career, following a screening of her 1986 Palme d’Or nominated film Rosa Luxemburg, in a newly restored print. This will be complemented by two further screenings from her body of work, The Lost Honour of Katharina Blum and The Second Awakening of Christa Klages (also in new prints). The German Sisters will join the nationwide tour in November and December. 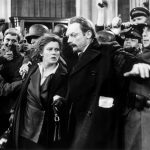 Rosa Luxemburg is Margarethe von Trotta’s remarkable biopic of one of the most fascinating figures in modern European political history. Having fought for women’s rights and to revolutionise the state in early 20th century Poland and Germany, the Marxist revolutionary Luxemburg (1871-1919) formed the famous Spartacist League, later the Communist Party of Germany. After a failed uprising, Luxemburg was murdered in Berlin at the age of 47. The film traces Luxemburg’s political and moral development from journalist and author to dissenter from the party line and imprisoned pacifist. Portrayed masterfully by von Trotta regular Barbara Sukowa (also known from Rainer Werner Fassbinder’s Lola), Luxemburg’s character comes alive on screen with a depth and complexity than her public image as a militant revolutionary might lead us believe. 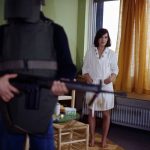 THE LOST HONOUR OF KATHARINA BLUM (1975)

Young housekeeper Katharina falls for a handsome man at a party – who unbeknownst to her is a criminal on the run from the police. The night she spends with the alleged terrorist is enough to bring her quiet life into ruins and bring her under police surveillance. Now the exploited subject of cheap newspaper sensationalism, Katharina becomes a target of anonymous phone calls and letters, sexual advances and threats, all testing the limits of her dignity and sanity. Directed with her then-husband Volker Schlöndorff (The Tin Drum), The Lost Honour of Katharina Blum is a powerful yet sensitive adaptation of Heinrich Böll’s controversial novel. A stinging commentary on state power, individual freedom and media manipulation, the film feels as relevant today as on the day it was released in 1975. 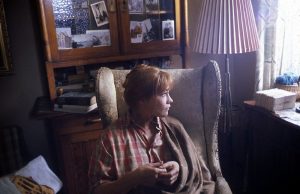 THE SECOND AWAKENING OF CHRISTA KLAGES (1978)

The solo directorial debut of Margarethe von Trotta, the film tells of a young woman who, to finance her daughter’s day-care centre, robs a bank. On the run, she is pursued by the police and more mysteriously by a young woman who was her hostage in the bank raid. Shot on a shoestring budget, this compelling and convincing film was also one of a handful of contemporary films that responded to the events surrounding the national terrorist collective Baader-Meinhof, a topic that von Trotta kept referring to in her later work (such asThe German Sisters).

Based on the real life story of the Enslein sisters, this is the purest expression of Margarethe Von Trotta’s combination of the personal and the political.  Juliane (Jutta Lampe) is a feminist journalist, arguing for abortion rights; Marianne (Barbara Sukowa) is a terrorist revolutionary in a Baader-Meinhof type group. As Marianne’s political activism begins to take a personal cost, Juliane is stricken between her politics and her need to protect her sister and her family. But when Marianne is imprisoned, Juliane is forced to confront the realities of the harsh power of the state. Von Trotta’s first collaboration with her muse Barbara Sukowa (who she would make the protagonist of six more of her features) was selected by Ingmar Bergman as one of his favourite films of all time.

The Second Awakening of Christa Klages

Based on the novella by German playwright Peter Handke, who would be his collaborator on Falsche Bewegung, Wenders’ debut The Goalie’s Anxiety is a portrait of alienation, where meaningful communication has ground to a halt.

The story kicks off when anti-hero and professional footballer Joseph Bloch (Brauss) is given the red card for protesting against a goal scored (in his opinion) from an off-side position. In the aftermath, he wanders around Vienna losing the will to live until his first casual sexual encounter with Marie (Bardischeewski). Next on the list is Gloria (Pluhar), a cinema cashier who sells him a ticket for Howard Hawks’ Red Line 7000. After spending the night in her flat near the airport, Bloch strangles her without any apparent motive and sets off for Bierbaum, a small border village near Hungary. There he falls out with his old friend and innkeeper Hertha (Fischer), after trying to flirt with her and barmaid Anna (Schwarz), without really showing any real commitment to either. He then bores a salesman rigid with his stories about penalties, as the two watch the game.

Wenders’ regular DoP Robby Muller keeps his camerawork mostly static, reflecting the intransigent mood of the main protagonist. Bloch is unconcerned about being pursued by the Poice, even when he sees a composite drawing of his mug in the newspaper he stays put. His nonchalant reaction to the murder suggests sociopathy, he’s possibly a serial-killer, so bored with himself and everyone else that the act of killing leaves him unimpressed and catatonic.

After a recent visit to the States, Bloch (like Wenders) is obsessed with America, and gadgetry of all kinds (a latter-day substitute for his mobile ‘phone?). The Wurlitzer juke box in the bar gets all his attention. His talk is flat and casual – a dead fish at the best of times. Vogler plays a village idiot and would go on to play the many ‘broken’ male heroes in Wenders’ films. Strangely, he seems to be the only one who cares for others.

As spare and striking as a noir-feature in colour, The Goalie’s Anxiety is a brilliant study of chronic introspection seen through the eyes of an individual who can only express himself through violence. Desolate and disenchanted, he is caught in a trap of his own making, an island off an archipelago of sorrow. A triste portrait of psychotic gloom. AS

Having remained commercially unavailable for over three decades due to music licensing, Wim Wenders’ 1972 classic THE GOALIE’S ANXIETY AT THE PENALTY KICK returns to UK cinemas in Summer 2018, restored and remastered in stunning 4K. Also available on Blu-ray and DVD