Bas Devos is back with another hybrid feature, a vision of urban anxiety and alienation. The feature works as an installation where actors represent Brussels’ lost souls, very much like his 2014 Berlinale winner Violet.

Inspired by the Brussels’ subway bombings of March 2016 Devos shows us a world out of synch. Often the images break down totally: we get a black screen. Other intervals include long shots of the skies. We watch young immigrants from the Middle East, at school and playing football. “Brussels is called the Jihadi capital of Europe. It would be better to bombard us”. One of the youngsters is Mehdi (Belarbi). He lives with his parents and two younger siblings on a council estate. His older black sheep of the family Ahmed Ahmed puts him in a no-win situation: stealing their grandmother’s jewellery, so he can pay his debts. Mehdi resists. Another bewildered soul Samira (Azabal) makes the only spoken statement of the entire feature the rest are elliptical images: “Violence for me used to be pixels on TV, now I can feel that I can touch it”.

Meanwhile, Wannes is in a permanent state of angst, unable to get hold of his son Boris, a fighter pilot stationed in the Middle East. He tries to reach him via Skype, but the connection always breaks down. In the Mall, the brutalist architecture and cement walls close in on the shoppers creating a claustrophobic hell. Wannes has a sister, Els (de Grotte), whose husband is dying. The doctor alleviates his last hours of life. The siblings share an unspoken closeness. But closer still is his German Shepherd, who sleeps on his bed.

Alba (Rohrwacher) is convincing as a vulnerable woman with an eating disorder. Working as a translator with the EU, she is having a break from her fiancée who lives in Rome. Alba picks up a one-night stand on a strobe-lighted dance floor, and sends him away after sex. She knows her fiancée will do the same. When she has faints at work, the fear of something sinister leads her to ask Wannes for advice, but is not convinced she has brain tumour. “The internet says so”.

It turns out that Mehdi couldn’t find the jewellery – or at least that’s what he tells Ahmed in the Mall. He sits down depressed as two armed soldiers tell him to “keep his backpack close to his body”. At the end Wannes gets a long message from Boris explaining his job: “All images are stored and filed away. There is nothing more to it”. The camera circles a fight plane, like a commercial.

Hellhole unfurls in the city’s drab interiors. Often we get still photos – humans, seem secondary, mostly talking behind glass, in disjointed conversations. Breath-taking and original, Hellhole is like the portrait of a space station, run by aliens, as humans become more and more impersonal. AS 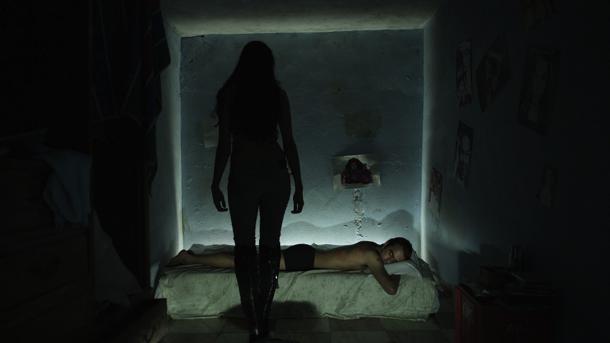 The Brussels Film Festival celebrated its 10th Anniversary on the 16th June 2012 and selected Faouzi Bensaidi’s thriller DEATH FOR SALE to win this year’s Golden Iris Award.  The feature also picked up the Cineuropa award from the European competition section.  A female director Maja Mils won the White Iris Award for best first film for her controversial drama CLIP. The Audience Award was given to an Italian co-pro  ITALY: LOVE IT OR LEAVE IT by writer/director duo Gustav Hofer and Luca Ragazzi. 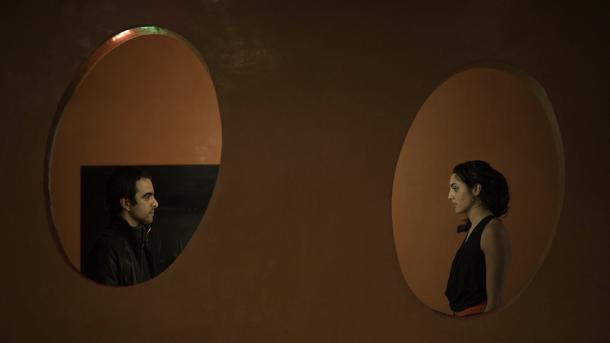 AMONG US (Onder Ons) by Marco van Geffen (Netherlands)

CAN by Raşit Çelikezer (Turkey)

ITALY LOVE IT OR LEAVE IT

An affectionate look at Italy past and present that asks the question: Should I leave or should stay?

This year’s festival hosted several premieres including Sophie Lellouche’s PARIS-MANHATTAN a madcap comedy starring Woody Allen as himself and TO ROME WITH LOVE, a cliche-ridden ride through the Italian capital bringing his European tour to a resounding halt on a past-laden low.

The festival featured a new section dedicated to musical documentaries.  Among these were the The Libertines: There are no innocent bystanders and Vinylmania).  More than 1000 people attended the Anniversary Party with a concert by The Chromatics who wrote music for the film Drive followed by dj sets by Carl Barât, Saul Williams, Sofa, Didz and a surprise-gig by the band J-Prock. An entire day was dedicated to music in cinema culminating in a speed dating session between producers, directors and film music composers – imagine all those egos jostling for position!.

The 11th edition of the BRUSSELS FILM FESTIVAL will be held from June 19th to 26th 2013 in Flagey and in Bozar. www.brusselsfilmfestival.be