A man in emotional meltdown during the early months of the pandemic is the focus of this surreal and intensely intimate indie feature from Tunisian writer/director Nejib Belkadhi (Bastardo).

The brilliant black-and-white of DoP Hazem Berrabah, framed in the old-fashioned 4:3, portray a slow-burning but intricate story of a couple’s very different reaction to Covid-19 that lead to the shifting dynamic in their relationship.

In Tunis Kais (Belkadhi) and Sara (Ben Amara) live in a stylish modern flat. Sara is busy organising the local lockdown after restrictions begin to bite: she is permanently on the move whereas Kais is stuck at home suspended from work without pay, and afraid of losing his job. With a history of mental problems he needs to take anti-psychotic drugs – well he should be taking them – but prefers to smoke marihuana, against his psychiatrist’s advice. While slowly adapting to the new modus vivendi he turns his attentions to environmental issues, convincing himself that mankind needs to be punished for its destruction of the planet. Soon Kais starts getting ‘messages’ from his mobile, telling him to get ready to start his ‘mission’ and he intends to embrace the cause.

Meanwhile, the family intrudes on his covert plans: his mother is finding the restrictions tough, and his sister wants Kais to take care of her at his flat. And then Sara reveals she is pregnant, despite their agreement not to have kids so she pretends to have an abortion to keep the peace.

But Kais’ state of mind is gradually deteriorating, with disastrous results that seem to accentuate his submissive personality in emotional scenes that see him drawn to the sea, magnetically obsessed by an octopus-like plant, which hovers in the sky.

Making the best use of a limited budget and to accentuate the sense of intimacy, the feature was filmed in the claustrophobic confines of the director’s own apartment, his pet cat Faouzi, stealing the limelight from the human protagonists. Souhir Ben Amara literally lived round the corner, to complete a realistic environment. Belkadhi shows Kais’ relationship with Sara changing from an adult rapport to something entirely different. Maudlin and highly intriguing, COMMUNION is a perfect example of a success feature made on a financial shoestring.

The Treasures selection celebrates seminal and innovative classics from the Arab world and beyond, many of which will be seen for the first time in Saudi Arabia on the big screen at The Red Sea International Film Festival (RedSeaIFF), which will host the first edition from 6-15 December.

The Treasures section celebrates award-winning and ground-breaking classics from both the Arab and international world with a renewed vigour and in an exciting new context.

The 1994 classic Strawberry War, directed by legendary Egyptian director Khairy Beshara, tells the story of Thabet, played by the renowned Sami El Adl. Thabet is a wealthy businessman who owns multiple factories, and lives alone in his huge mansion. After losing his only son, Thabet doesn’t know the meaning of happiness anymore. He meets the peddler Hamama, played by Mahmoud Hemeida, and Farawla, played by iconic actress Yousra, and they decide to go to the mansion, where they embark on a journey to discover the true meaning of happiness. A special film for its unique story, fantastical setting, and its sense of humour, the film has been restored with the support of the Red Sea Film Festival Foundation.

Raafat El-Mihi’s 1995 classic A Little Love Much Violence is considered one of the most daring in the history of Egyptian cinema. Personally selected by the iconic Laila Eloui, one of most versatile actresses of her generation, who delivers a powerhouse performance in the film. Based on the novel by Fathi Ghanem, the narrative is a two-stranded affair, one of which is light-hearted, the other more realist with its focus on well-being. A son decides evade his father’s control and divorce his wife from their arranged marriage. He then starts a relationship with another girl, in pursuit of influence and power. The film breaks several cinematic and dramatic traditions through various elements, making it a truly iconic piece of work.

The 1979 Bengali-language mystery The Elephant God (Bengali: Joi Baba Felunath) is one of the most popular films from Indian director Satyajit Ray, who is widely considered to be one of the greatest filmmakers of all time. The story introduces a private investigator, Felu, who arrives in the holy city of Benares for a holiday. On a visit to a strange holy man, Felu is told that a rare, valuable gold statuette of Ganesh, the Elephant God, has been stolen. Felu is engaged to unravel the mystery of the missing Ganesh and, thus, the adventures begin.

Directed by notable director Henry Barakat, the 1959 Egyptian drama The Nightingale’s Prayer is based on the novel by modernist writer Taha Hussein. The film tells the story of two young women and their mother who are banished from their idyllic, isolated village by an uncle who is shamed by his brother’s adulterous behaviour. The film competed at the 10th Berlin International Film Festival, and was selected as the Egyptian entry for Best Foreign Language Film at the 32nd Academy Awards. The film was personally selected by filmmaker Haifaa Al Mansour who cites Henry Barakat as an inspiration

Wadjda is the 2012 feature directorial debut of Saudi Arabian writer and director Haifaa Al-Mansour. It is through the escapades of Wadjda, a young teenager of twelve, that the audience discovers daily life in the suburbs of Riyadh. Through the fate of several female characters, the film approaches the different aspects of the female condition, such as forced marriage or polygamy. The multi award winning film was selected as the first ever Saudi Arabian entry for Best Foreign Language Film at the 86th Academy Awards, and was nominated for Best Foreign Film at the 2014 BAFTA Awards.

1970 rare classic The Choice is among the most essential films of legendary Egyptian filmmaker Youssef Chahine. The masterpiece was restored by the Red Sea Foundation with the support of Egypt’s Ministry of Culture in 2020. Written and directed by Chahine, the film tells the story of Sayed, a famous writer and social climber, who, when he learns of his twin brother’s death, delays his life plans in order to find his brother’s killer. The film is an immersion into a human soul that appears calm on the surface, but has constant turmoil lurking beneath.

French writer and director Thierry Frémaux’s 2016 documentary Lumière! takes audiences back to witness the birth of cinema. Frémaux, director of the Institut Lumière and of the Cannes Film Festival, sheds light on all the dimensions that cinema has occupied and continues to occupy in everyone’s daily lives, by inviting the audience to witness the birth of Cinema and the genius of the Lumière brothers.

The Red Sea International Film Festival will also pay tribute to one of the most popular French actors, Jean-Paul Belmondo. Unforgettable in A bout de souffle, The man from Rio or Itinéraire d’un enfant gâté, Jean-Paul Belmondo has played under the direction of the greatest European cineastes. Beginning with Jean-Luc Godard and the New Wave, it did not take long for him to take the turn of comedy and action film, with more than 80 films to his name. The Festival pays homage to this exceptional actor by presenting a montage of his main roles, prepared by the Lumière Institute, and by programming Pierrot le Fou in a restored version.

Pierrot le Fou, the 1965 classic from French New Wave director Jean-Luc Godard, is based on the 1962 novel Obsession by Lionel White. Selected as the French entry for the Best Foreign Language Film at the 38th Academy Awards, the film tells of the adventure of Ferdinand, played by Belmondo, cynically married to a rich woman, who decides one evening to flee his dreary existence with Marianne, a girl once loved and found by chance. This joyous and desperate run through sunny France gives the film the appearance of a road movie, tinged with musical comedy, film noir and flamboyant melodrama.

The inaugural edition of the Red Sea International Film Festival will run in Jeddah, Saudi Arabia from December 6-15, 2021. 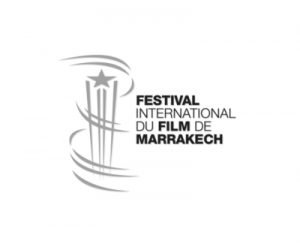 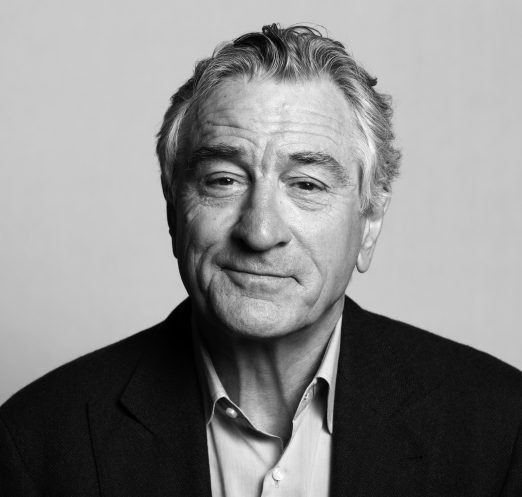 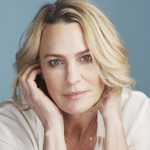 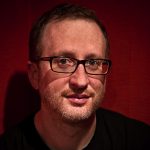 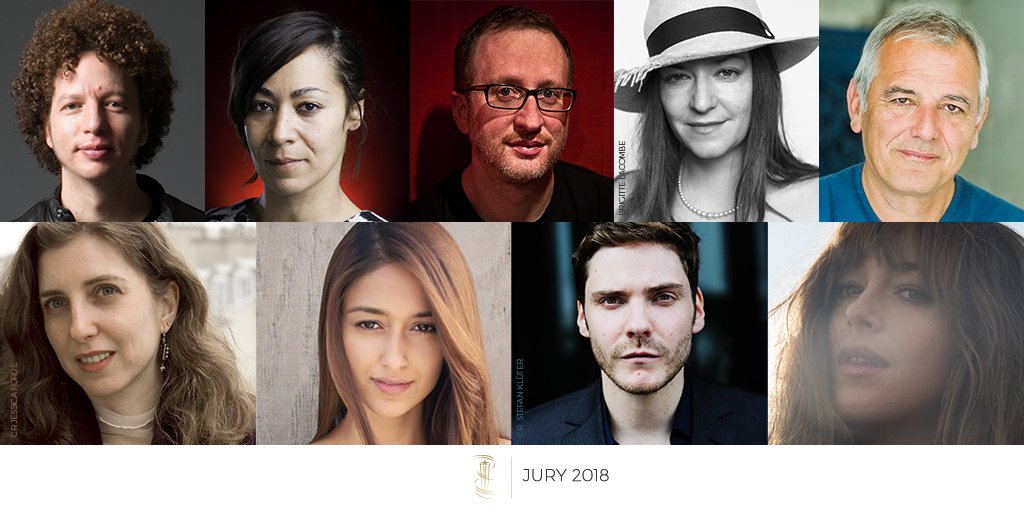 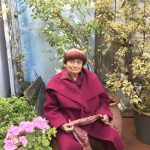