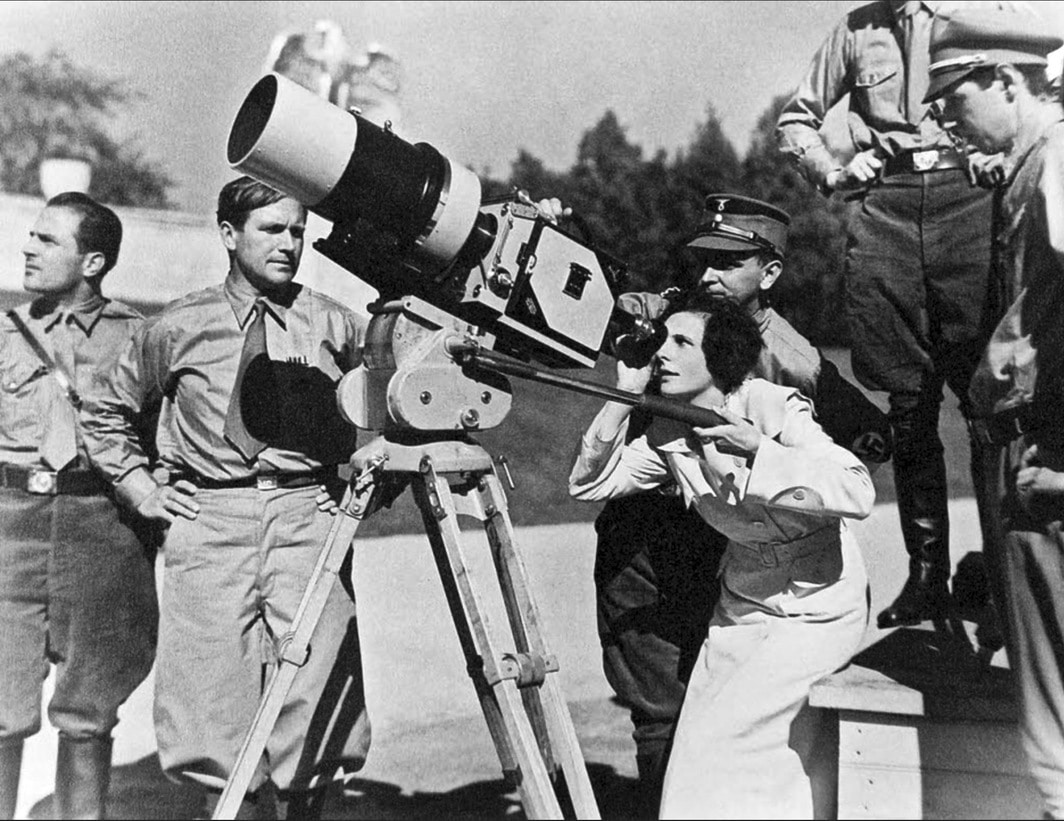 As we approach the much awaited days of freedom the renowned German filmmaker Leni Riefenstahl was focusing on a Day of Freedom of another kind. Tag der Freiheit marked Riefenstahl’s third and final visit to Nuremberg for the rally of September 1935. Although she would doubtless have preferred for it to have  remained missing; the film resurfaced in the 1970s to further challenge her claims of being present at the rallies merely as an impartial observer.

The early 1930s saw her limbering up to film the 1936 Olympics, and both the photography and editing of Tag der Freiheit mark considerable advances on its ponderous predecessor Triumph of the Will; and watching this bellicose display of military machismo it’s again extraordinary to reflect that a woman was directing it.

Subtitled ‘Unsere Wehrmacht’ (‘Our Wehrmacht’), the emphasis is this time squarely on the armed forces rather than the NSDAP, and the film was shrewdly sneaked into cinemas as part of the supporting program for the popular costume drama Der höhere Befehl – thus ensuring plenty of people saw it – as well as screened it in schools until 1938.

The ‘freedom’ to which the title refers to here is from the constraints of the Treaty of Versailles, the disarmament clauses of which had been denounced by Hitler the previous March and which are here shown being brazenly flouted by an aggressive display of military might with cutaways to the Führer looking on in approval. (The fellow with the monocle on Hitler’s left is the newly appointed Commander-in-Chief of the Army, General Werner von Fritsch, later forced to resign on 4 February 1938 following trumped-up accusations of homosexuality by Himmler and Goering.) Exactly where all the bullets and shells supposedly being fired are ending up within the confines of the zeppelin field on which it was staged is alarmingly unclear. For the sake of the spectators and the aircraft shown being fired at, hopefully they’re all firing blanks.

Triumph of the Will had begun with the arrival on the tarmac at Nuremberg of a lone private plane carrying Germany’s new saviour. Tag der Freiheit by contrast ends with the sky filled with military aircraft flying in formation (including a swastika), soon to be deployed in the Rhineland, which showed the direction in which the new Germany was now decisively and irrevocably moving. Richard Chatten.

AVAILABLE ON AMAZON AS A BOX SET