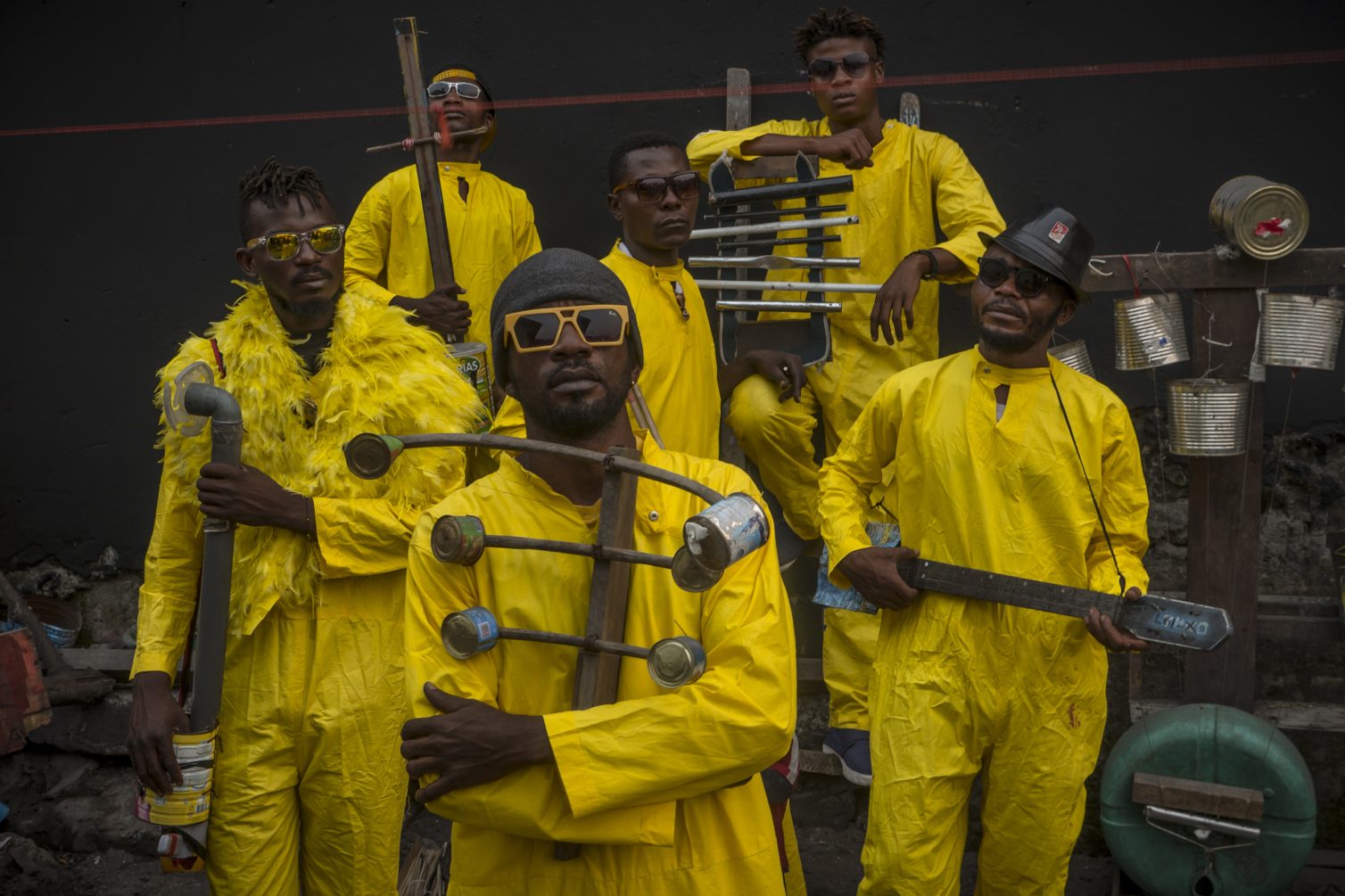 The ‘Satan of Light’ is up to his tricks in the dusty streets of Kinshasa. Kids run away at the sight of horned head and ghastly grimace.

Award-winning documentarian Renaud Barret (Victoire Terminus) records his encounters with Kinshasa’s street artists who entertain, shock and delight passers by with their quirky brand of street art using anything they can lay their hands on. This quirky and compelling film explores the very nature of creativity and ponders: Where does art begin? And where does it end?”

Known as Freddy, Béni, Kongo Astronaute, Strombo, Majesktik, Kokoko! and Geraldine among others, these people are creating sculptures, paintings, performances and installations in public spaces. Their work is not dissimilar to that found in the Tate or Saatchi galleries of London or MOMA, New York. They have yet to capture the attention of the international art world, but its only a matter of time. Their resourcefulness and passion to create is staggering to behold and reflects an extraordinary will to survive and a restless exuberance that is visually arresting and commendable, one of them explains: “living in Kinshasa is a performance in itself”

Materials include disused bullet cases, plastic waste, electronic scrap, smoke, monkey skulls, wax, blood, machetes and even their own bodies. This is not art for art’s sake but ground-breaking, urgent and politically satirical. Their themes are relevant, important and contemporary: exploitation, the privatisation of water, personal and national trauma and also, as a constant, the fascinating history of the Congo.

Mastering his hand-held camera to brilliant effect in a stylish tour de force Barret shows us Kinshasa, a poverty-stricken metropolis where art is an unaffordable luxury and the location of a passionate and vibrant subculture claiming the city as its stage.