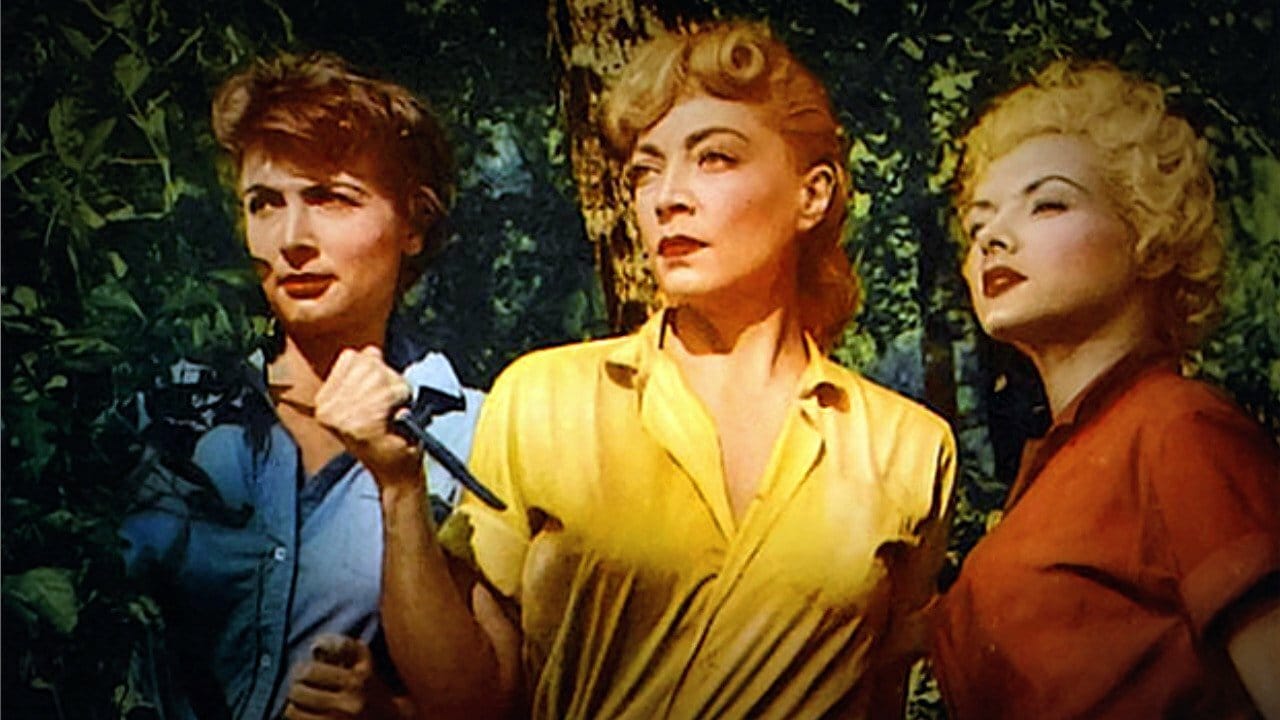 Financed by the owners of a chain of New Orleans drive-ins and ravishingly shot in glorious Pathecolor by Fred West, this early Roger Corman exploitation quickie cries out for the same cult status now enjoyed by ‘Faster Pussycat! Kill! Kill!’. (So far it has already been singled out for attention of sorts by being included in the book ‘The Fifty Worst Movies of All Time’; a mixed blessing since that book also includes Last Year at Marienbad and Ivan the Terrible. And most really bad films are dull, which this certainly isn’t.)

Shot in ten days on location in New Orleans and Louisiana with a jazz score by Willis Holman and a dream cast of typically tough Corman females doing their own stunts in spotless colour-coordinated blouses and tight fifties jeans which they soon cut down with unlikely professionalism into very short shorts (which would have provided far less protection against the mosquitoes) of which two of them naturally later divest themselves completely for a quick skinny dip.

Led by Marie Windsor and with Beverley Garland as psycho redhead Vera, vengeful harpy Susan Cummings (later in Sam Fuller’s Verboten!) and of course undercover policewoman Carole Matthews. Interestingly, masquerading as the prison from which they escape is the same stock shot of Stateville Penitentiary, near Joliet in Illionois that stood in for Gotham State Penitentiary in Batman. With them gone fellow inmate Selina Kyle was probably able finally to crown herself Queen Bee of the women’s section.

They unwisely allow captive ‘Touch’ Connors (his girlfriend soon devoured by alligators) – as he then was – to live. And if these desperado dames had concentrated more on making good their escape with the half a million dollars’ worth of stolen diamonds their boyfriends (who’d already gone to the electric chair) secreted in the swamp than in squabbling over him and fighting among themselves a sequel would have been on the cards. And most welcome! @RichardChatten