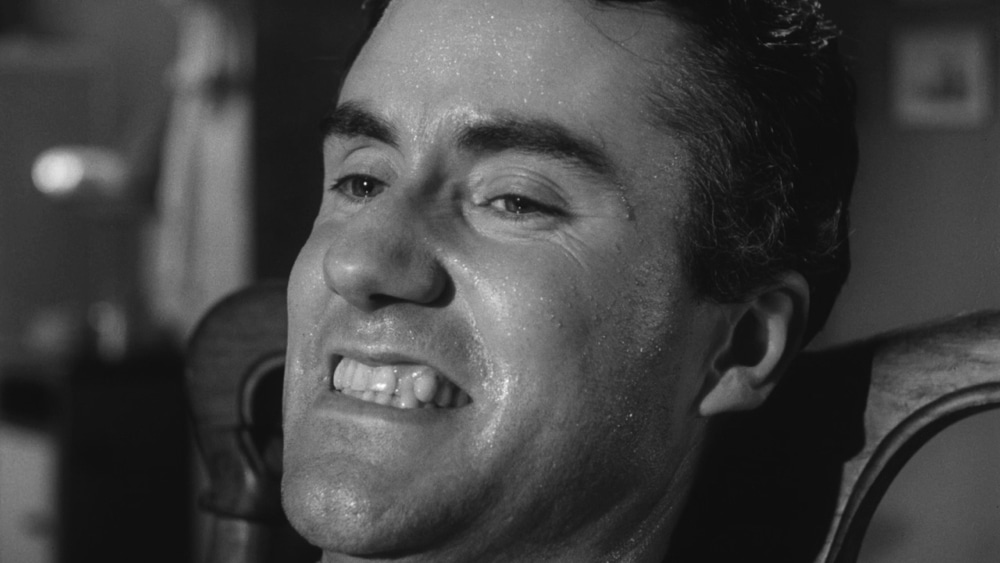 Sadly forgotten today. This sober adaptation of his own 1949 novel ‘A Sort of Traitors’ by Nigel Balchin is one of the very few films by the Boulting twins signed by both as co-directors, and the third of an unofficial trilogy of Cold War dramas that recalls the earnestness of the brothers’ films of the thirties and forties (the monstrously unfunny comedy relief by Spike Milligan being ironically by far the weakest component).

Instead of the atom bomb ten years earlier in Seven Days to Noon the threat to humanity here is the unfortunately only too topical menace of virulent contagions like Bubonic Plague or Typhus. Sixty years later it remains one of the very few British films to mention Korea (where Ian Bannen lost both his arms), and the presence of such a singular character as Bannen plays could only happen in a film based upon a novel. Rather than the saintly figure the disabled are usually portrayed as (“People are usually reliably sentimental about the maimed”) Bannen has obviously been destroyed mentally as well as physically by his ordeal.

Pragmatism is favoured over idealism (“The slippery ones are easy, but these honest chaps turn you grey” laments deceptively vague spymaster Thorley Walters). Although supposedly the hero, Tony Britton incredibly dismisses the disabled as “of no social value”; while Raymond Huntley’s obstructive minister (despite his distractingly obvious toupee) demonstrates to be sharper than he seems throughout the rest of the film in an incisive speech cogently stating that political realities trump heady idealism (“Matters of judgment are our business”).

Despite its ultra-low budget, the efficient production design and use of locations – cleanly lit by veteran Boulting’s cameraman Max Greene – makes the film looks austere rather than cheap; while the economical use of excerpts from Scriabin and Chopin also adds to the melancholy of the piece, and is possibly a discreet reminder that Bannen’s dashed dream had been of becoming a concert pianist.@Richard Chatten