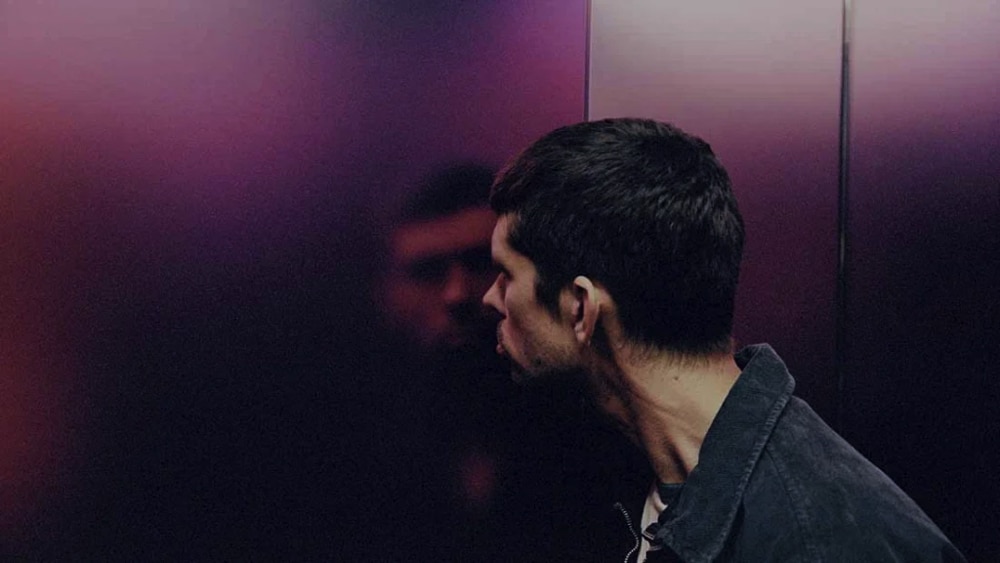 Director/co-writer Aneil Karia shows how easy it is to lose our grip on reality in these gruelling Covid times. Ben Whishaw is a man in flight, running away from himself and caring less and less about the consequences, or anyone he meets.

The story takes place over 24 hours in London where Joseph works in a soulless job in security at Stansted Airport. We first meet him enjoying a cake with his colleagues – only later do we get to know that this is Joseph’s birthday celebration. Unsatisfied and disillusioned for all sorts of reasons, not least his unresolved relationship with a colleague Lily,  Joseph’s life soon spins out of control after a minor incident involving a broken glass.

On the run again and making a bid to help Lily (Jobson) with some computer issue, Joseph soon loses control due to another minor setback. The narrative here is familiar, Karia focusing on mood and atmosphere to create a palpable feeling of desperation and disorientation in her first feature film.

Whishaw gives a flawless performance as the disenchanted Joseph who seems less and less affected by the unfolding mayhem. The graver the situation, the more nonchalant Joseph becomes as he disconnects from reality. Karia brings her feature to a soft landing, Joseph’s outburst of manic anger having run out of steam. DoP Stuart Bentley’s handheld camera follows the path of the tornado, a needling electronic score by Tujiko Noriko underlining the chaos of Joseph’s everyday life. A few cuts would make the result even more impressive, but Karia’s debut is nevertheless a confident tour-de-force. AS

SURGE WILL BE RELEASED IN UK CINEMAS AND ON DIGITAL PLATFORMS FROM 28TH MAY 2021.