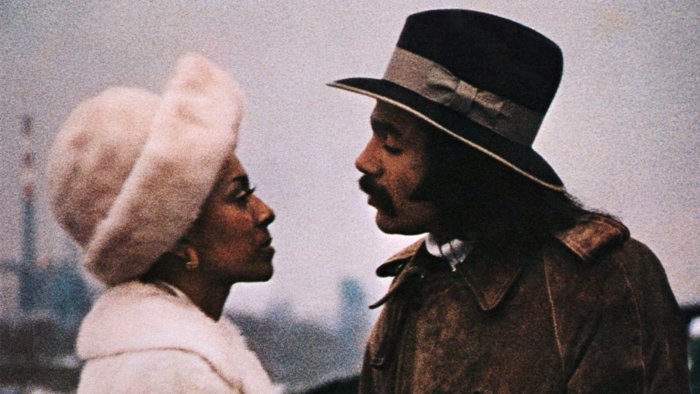 An absolute peach of a film that takes you right back to ’70s New York where Gordon Parks Jr followed in the footsteps of his father Gordon (Shaft) to make one of the best of the early 1970s blaxploitation films.

His debut, a gritty cinema verite crime thriller sees the morally questionable coke-dealing snake-Jason Priest (O’Neal), who carries his supplies in a crucifix, and swings round New York in his swaggering saloon car, rocking a full length fur coat and leather trousers.

Rough editing and uneven performances from an infusion of real actors and newcomers gives this film an authenticity that really stands out as a cult classic. If you get a chance to see it on the big screen, grab it because it captures days when NY really felt edgy and dangerous. The look and lingo of the era is what makes this feel real in all its glory, along with a louche score sung and performed by Curtis Mayfield. There is one sinuous scene where Jason;s lovemaking with his girlfriend (Sheila Frazier) skilfully morphs into a street brawl between two dudish dealers.

The characters even call each other “nigger” as a term of brotherly recognition. Although the film was picketed by blacks on the grounds of its ‘glorification of drug-pushers’. Parks Jnr made only four films before being killed in a plane crash on his way to a shoot. A phenomenal film and a hundred times better than the 2018 remake – this is the real deal. And the only time you use the word “cool”.MT