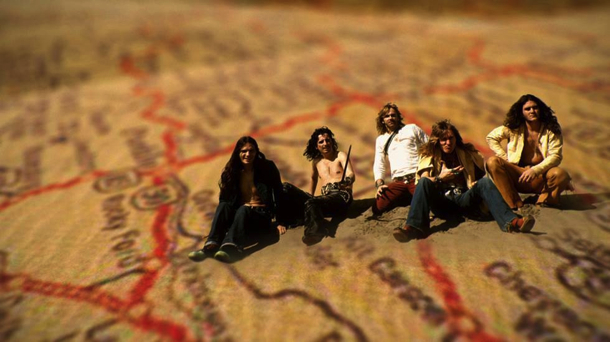 SUPER DUPER ALICE COOPER is unexpectedly brilliant – really witty and visually interesting. They’ve found a way of animating old photos and turning them almost into films – and almost into 3D films, at that. And it’s a great tale of the transformation of a bunch of mundane suburban kids into glam-rock gods. Part of the general speeding-up of lifestyles that happened in the 60s.

It is well-paced and made with some artistry: I think they’ve seen Julien Temple docs like London – the Modern Babylon and used that “tiny scraps of film” technique, plus the aforementioned doctored photos. And it’s all done in voiceover, which is a way of getting round watching ancient-looking rockers being interviewed, I suppose. I don’t think you would need to like Alice Cooper to enjoy it, as it’s a bit of a social/cultural document; entertaining and funny. Also, it emerges that Alice himself always looked like an emaciated 70-year-old – even when he was a teenager! Ian Long.

IAN LONG IS HEAD OF CONSULTANCY AT EUROSCRIPT.CO.UK