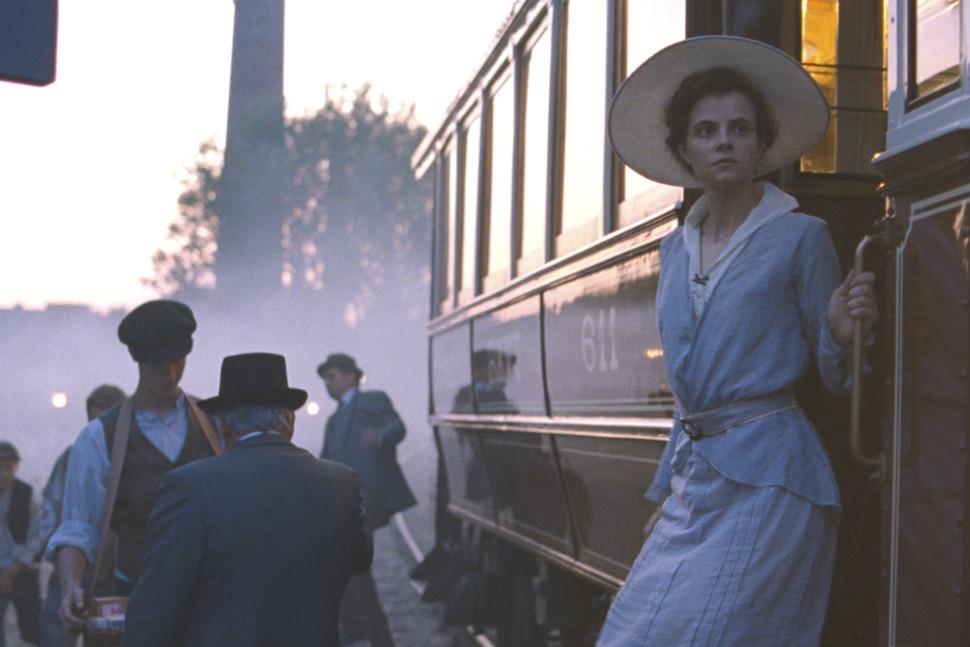 Set in Budapest between 1913 and the outbreak of the First World War, Sunset reveals a labyrinth of enigma, intrigue, hostility, greed and lust as by Juli Jakab(Son of Saul) guides us through scenes of ravishing elegance and cataclysmic violence. What seems utter chaos gradually becomes more clear as the spiderweb is infiltrated.

Cultured beauty Irisz Leiter (Jacob) arrives in Budapest from Trieste, where she retreated after her parents’ death in a mysterious fire at their famous hat atelier. Irisz hopes to secure a position there but the enigmatic manager Oszcar Brill (Ivanov), asks her to leave immediately. Somehow she inveigles her way into the company, desperately looking out for her long lost brother Kalman, who is in hiding, having murdered Count Redey. It soon emerges he has joined the Hungarian Nationalists in their bid to overthrow the House of Habsburg, whose ruling base in Vienna in on the verge of toppling with the murder in Sarajevo of the Austrian Crown at the hand of a Serbian nationalist. Irisz’ search for her brother is continually thwarted by Brill, who is literally selling his female employees as courtesans to the Court in Vienna. Her desperate quest culminates in the trenches and the demise of the Austro-Hungarian empire.

Nemes pays homage to the late Gabor Body whose Narcissus and Psyche, echo in Sunset. On an historical level Mathias Erdely’s images conjure up the fin-de-siecle fragility in the same way as Gabor’s masterpiece. In contrast, Nemes sets his epic in Budapest (and not in the countryside) conveying the crumbling decadence in the urban settings. There is surreal horror in the street scenes – characters spring out of the shadows like animals – or even vampires. After dark utter chaos rules. As daylight dawns the Habsburg police try to enforce order. Irisz emerges as ‘Alice’, but her wonderland is uncertain and menacing. Courage and a strong sense of her innate dignity will see her through but her place in the world will be destroyed forever in a narrative that very much chimes with today’s sense of cultural identity. Sunset is an everlasting testament to the past, the present and our uncertain future. A masterpiece that will need more than one viewing. As/MT