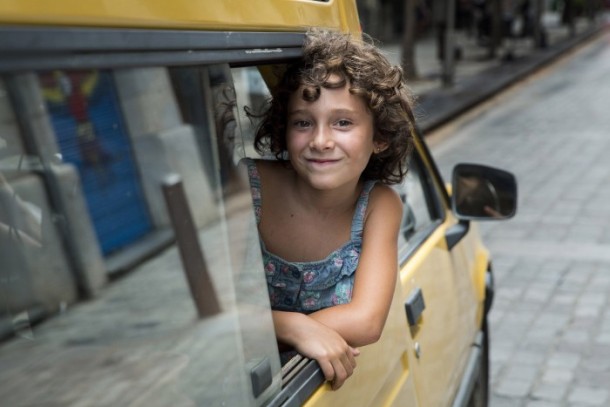 Tears will well up within the first few minutes of this tender tale about a little orphaned Catalan girl coping with grief and uncertainty after her parents’ death. Cast your mind back to the panic and fear of losing sight of your own mother in the supermarket when you were six. And that coupled with the realisation that she’s never coming back is the feeling Simón inspires in debut that won Best First Feature award at Berlinale 2017.

Shooting at waist level the director manages to convey life from Frida’s perspective, and Laia Artigas gives a determined performance, mature for one so young. She views her new family set-up with a certain feral mistrust tempered with the anger of abandonment brought on by insecurity and steely pragmatism. Frida is not sure how to respond to her changed circumstances as she goes about her daily routine in the limpid naturalistic light of the family’s home in rural Girona. It’s only in quiet moments that she allows herself to dissolve in tears.

Life couldn’t be better with her uncle Esteve (David Verdaguer, 10,000km), aunt Marga (Bruna Cusi), and toddler cousin Anna (Paula Robles), and Simón’s quietly observant treatment takes a ‘less is more’ approach as she tells her story, for the most part without dialogue, allowing us to contemplate and revisit our own childhood through Frida’s innocent eyes.

Marga is clearly on her best behaviour, often chiding Anna as she strains to protect Frida with kid gloves. Clearly, Frida’s bereavement is not going to be as simple as we thought. Simón brings her own experiences to bear in a story that has an certain unsettling feel throughout its well-paced running time making SUMMER 1993 – although not entirely surprising – engaging and quietly memorable. MT