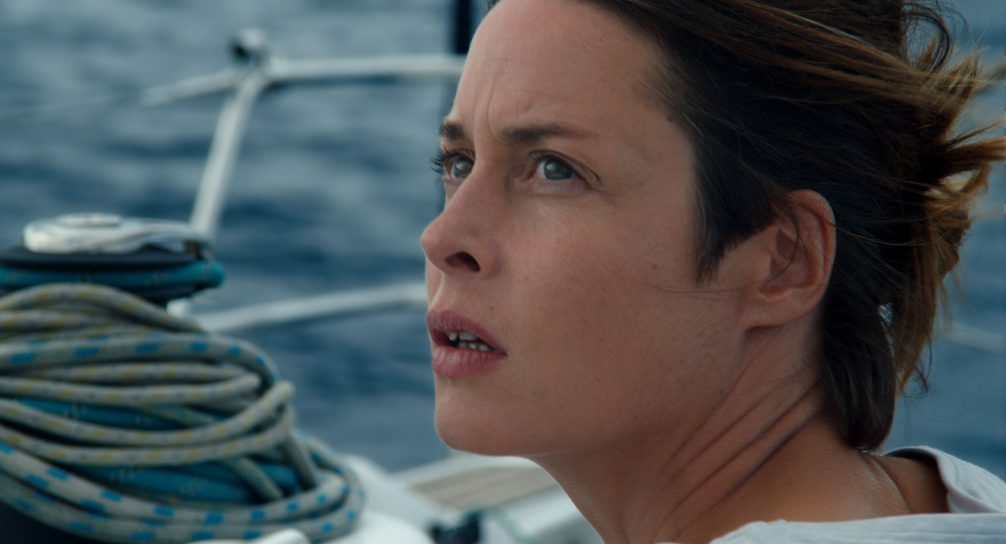 Wolfgang Fischer’s debut was evocative philosophical psycho-thriller: What You Don’t See.  STYX works along similar lines with Fischer putting his characters into difficult situations to see how they cope. Once again the result is only surface deep in this two-hander which could almost be called an eco-thriller with its glorious seascapes and focus on flora and fauna. It follows Reike, an emergency doctor who is in her mid-thirties and decides take her holidays sailing single-handedly to the Ascension Island in the South Atlantic. We are told Reike is “is confident, determined and committed” but she is also terribly naive. The film opens as she attends to an RTA before preparing for her trip equipped with the latest snazzy gear and gadgetry. Her hedonistic early days are soon over on the high seas when, after a storm, she finds herself near a stricken refugee boat.

Fischer’s sophomore effort luxuriates in a magnificent sense of place, telling its tale through visuals and atmosphere. Reike gradually faces some stark moral dilemmas as she is torn between her dream and her nagging sense of responsibility. And although we feel little for heroine, Wolff still makes for compelling viewing – a strong woman suddenly made vulnerable by her flawed sense of duty to her fellow man when she comes up against a distressed fishing trawler filled with refugees off the coast of Cape Verde.

The final stretch is tense and unsettling as Reike helps teenager Kingsley (Gedion Wekesa Odour) on board and gets emotionally involved in a story that can only end badly when her coastal support lets her down. The sober truisms of the situation are bravely laid bare in a drama that holds its own given the current refugee crisis, and while Styx offers no easy answers to the thorny dilemma it raises, it certainly offers absorbing food for thought. MT

AT SELECTED ARTHOUSE CINEMAS from 27 April 2019