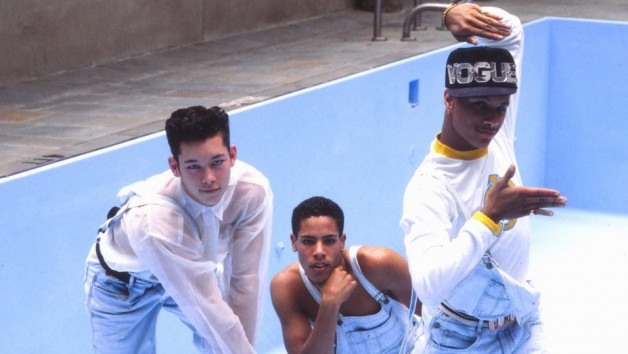 Revisiting Madonna’s 1990 Blond Ambition gig, 25 dancers reflect on their experience in a very different world, a quarter of a century ago. This Dutch documentary looks at what happens once the performance high is over and the champagne glasses are washed and back on the shelf.

1990 felt feisty and fresh and so was Madonna and her dancers. Breaking onto a music scene that still seemed rather touching and naive, the quaint newness of ‘nautifying’ religion now seems very dated and tame in its way, and Gould and Zwaan successfully capture the zeitgeist of those ‘ground-breaking’ moments, with the usual talking heads, clips and footage format. But STRIKE A POSE is rather top heavy on sentimental family stories and light on entertainment, music and Madonna herself. So don’t go expecting a toe-tapping cheer-filled shindig; this really should be classified as an LGBT interest documentary rather than music biopic, per se. None of the dancers stands out as a personality with any particularly charisma. That said, this low-key indie makes some salient points about the cult of celebrity and its often catastrophic consequences for delicate egos and sensitive types, many of whom were still really kids when they took part, and there are some sincere revelations about what it feels like to be gay, then and now: “We carried our flamboyance as a warning,” says Camacho. “Yes, we have earrings on, we have eyeliner on, but don’t mistake any of this for weakness.”

So STRIKE A POSE is certainly worth a watch if you’re in the mood for a human interest story about the soulful introspection of gay men in the entertainment business and their melancholy reflections on the past, and of the first great arena spectacle that now is very much the way to go. MT

NOW ON RELEASE FROM 3 FEBRUARY 2017 AT BERTHA DOCHOUSE