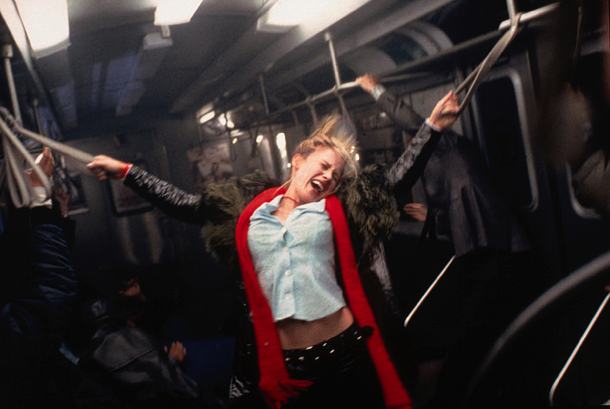 Rupert Wainwrights bring his skills as an MTV promo director to this Gothic tale of possession that melds the past and the present in exploring how an ordinary hairdresser from Pittsburgh is taken over by dark forces and finds herself afflicted with stigmata wounds, similar to those that Christ suffered when nailed to the Cross. The Vatican’s Father Kiernan is initially sceptical of the story but when her condition worsens he arrives to investigate the case, and the two develop a powerful sexual chemistry.

Patricia Arquette brings an eerie otherworldiness to her performance morphing between a vituperative virago spouting ancient Aramaic and a down to earth blond from the ‘hood, Frankie Paige. Gabriel Byrne brings his potent sensuality to the part of Father Kiernan: a man of the cloth whose black robes could easily be hiding something more sinister. The scenes he shares with a malign Jonathan Pryce (as the Vatican Head) are the most convincing and enjoyable in this stylish and well-paced cult thriller that nonetheless feels quite dated when Arquette does her supernatural stuff to strobe lighting and a score from The Smashing Pumpkins. Blood spurts and the fires of Hell blaze forth and we ponder whether Arquette and Byrne are going to make it through the night as lovers or simply as the Priest and the Possessed. Stigmata certainly still packs and punch but it’s more entertaining that terrifying. MT

NOW OUT ON DUAL FORMAT COURTESY OF EUREKA MASTERS OF CINEMA.