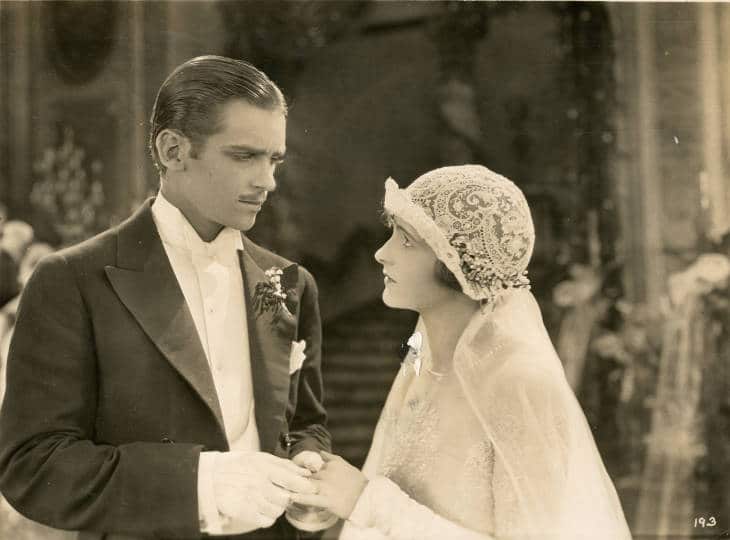 I learned an important lesson the hard way when I had a chance to see this film slap in the middle of revising for my exams in the summer of 1979. I was both depressed and exhausted, so I didn’t bother; and have had to wait 37 years until finally seeing it today. (Now of course, I will always wonder how the film would have affected me had I seen it then at the age of twenty…)

Anybody even vaguely familiar with the subject of Olive Higgins Prouty’s 1923 novel should know about the famous ending; so I won’t bother spoiling it by discussing it here. More people will be familiar with the 1937 remake made by a better director and with a greater actress in the lead. But moving as she is to watch at the remake’s conclusion, Barbara Stanwyck comes across as naturally more capable and resilient than the rather simple and child-like loser portrayed by Belle Bennett, which is what makes Bennett so heart-breaking to watch.

Although top-billed, Ronald Colman gets only a fraction of the screen time of Bennett and never gets the opportunity to project himself as much more than a bit of a prig as Stella’s husband; and one never really appreciates what drew them to each other in the first place other than on the rebound from other disappointments in love. One can certainly warm, however, to the almost unbearably beautiful Lois Moran as their daughter Laurel, who ages very convincingly from a child to a young woman and whose scenes with Bennett powerfully convey the bond between them. One would have thought that Laurel could have had a quiet word with her mother offering her advice on fitting in with her new up-market circle of friends with a few hints on dress and make-up, and keeping her voice down in polite company (as well as spending a lot less time carousing with the egregious Ed Munn, played by Jean Hersholt, who would cramp anyone’s style; but who she later rather cruelly uses). But it’s in the nature of heart-rending tales of mother-love like this that her sacrifice for her daughter has to go far far beyond the necessary call of duty. @Richard Chatten