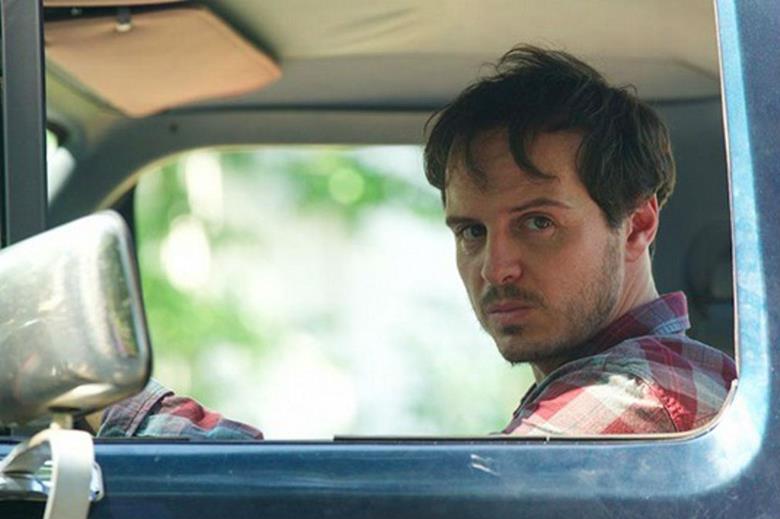 This taut UK thriller, also known as A Dark Place was filmed in the US, where autistic Donald turns detective to find out the fate of a little boy who has supposedly drowned. Not so much a who-done-it, but an atmospheric journey into America’s dark heartland, where time seems to have stood still for the last half century.

In small-town Pennsylvania, Donald (Scott) drives a garbage truck with his colleague (Bronagh Waugh). Alcoholism has ruined the family, destroying his father and leaving him to care for his God-fearing wheelchair-bound mother. Donald is a decent guy but totally immature and unable to move on from his ex-partner  (Gough). When a local boy is found drowned in a nearby creek, Donald suspects foul play. The sheriff and his officials try to keep him off the case, but Donald is stubborn. He digs up the boy’s body and takes it to Pittsburgh to an old school friend who is now a forensic pathologist school. It turns out that the boy was molested and Donald thinks about taking revenge on the main suspect, the boy’s paediatrician, Dr. Pomorowski (Masset). His ex does not take him seriously, and even his eleven-year-old daughter Wendy (Campbell) is unimpressed by his concern and just wants to talk about the Pittsburgh Steelers, an American Football team.

This is very much Jim Thompson territory: the red-neck shabbiness, the corrupt police and the emotionally regressed anti-hero living in in a world of his own and disregarding the rules because the outside world means nothing to him. Thompson’s world of the middle 1970’s is everywhere, reflected in DoP Marcel Zyskind’s brilliant images, and brings to mind Seidelmann’s 1975 picture Child of Rage. Not much has changed in this neglected backwater, a world of dead-end jobs and alcoholism, where sexuality is as perverted as the pervasive power structure of state and police. The garbage truck Donald is driving is a clear metaphor for this fragmented society, held together by greed and a virulent, aggressive fear of everyone not deemed to be part of the claustrophobic set-up. Violence seems to be the only way out of any conflict. Steel County is a little gem, a perfect B-picture, perhaps destined to be a cult classic. MT

OUT ON 19 April NATIONWIDE