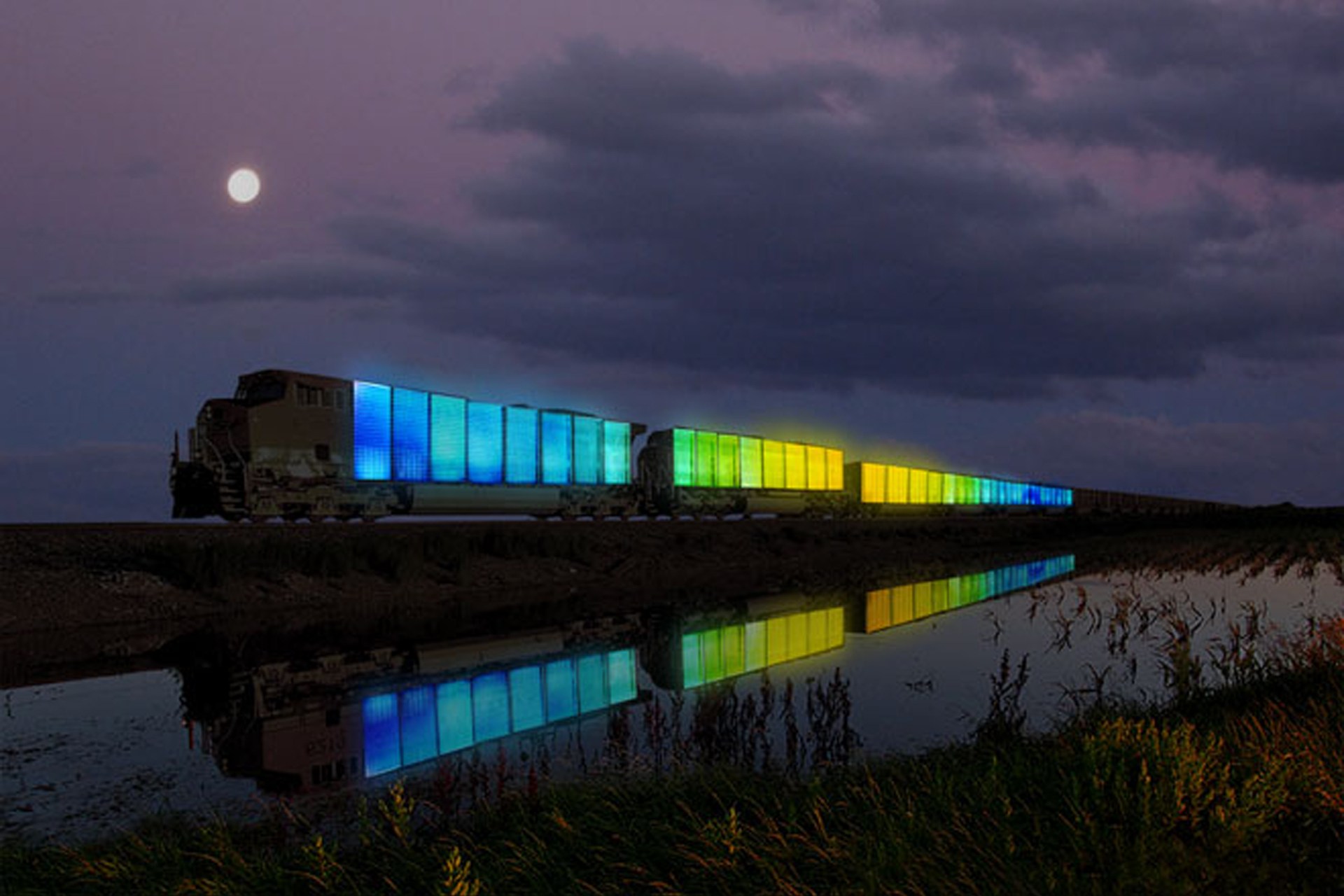 Described by director US Director Doug Aitken as a ‘journey through modern creativity”, STATION TO STATION defies definition or description. To do so would merely produce a flow of arcane prose that most will find difficult or obtuse to decipher. Some things are made to be seen and STATION is one: A purely visual and aural experience – kick back and meditate on the lush vibrancy of its images with a glass of, in a darkened room, late at night.

This is an attempt to interpret it. A train travels 4,000 miles across North America with an onboard community of artists and musicians who create this drama through 61 one-minute shorts, recording artworks, films and “happenings”. Hypnotic and surreal, the film is shot with the aid of Aitken’s “kinetic light sculpture” fixed to the train’s exterior recording art happenings ranging from music, photography, dance and the visual arts which are recorded at 10 different stops and incorporated into the piece.

Evoking the movements of the train and the passing landscapes from urban to industrial or countryside, the shorts reflect the languid, stark or more staccato vibe scored by suitable indie music from the eclectic sounds of Olafur Eliasson to more modern classics such as Patti Smith, who is seen performing an outdoor concert. Some of the artists discuss their work in talking heads, but there is no traditional narrative as such so this could best be described as an experimental contemporary art installation as it defies both drama, feature and documentary forms. In brief, STATION is a portmanteau film showcasing a variety of different artistic disciplines. Don’t take it too seriously or analyse it; this kinetic piece is made to be enjoyed subliminally rather than interpreted intellectually. MT