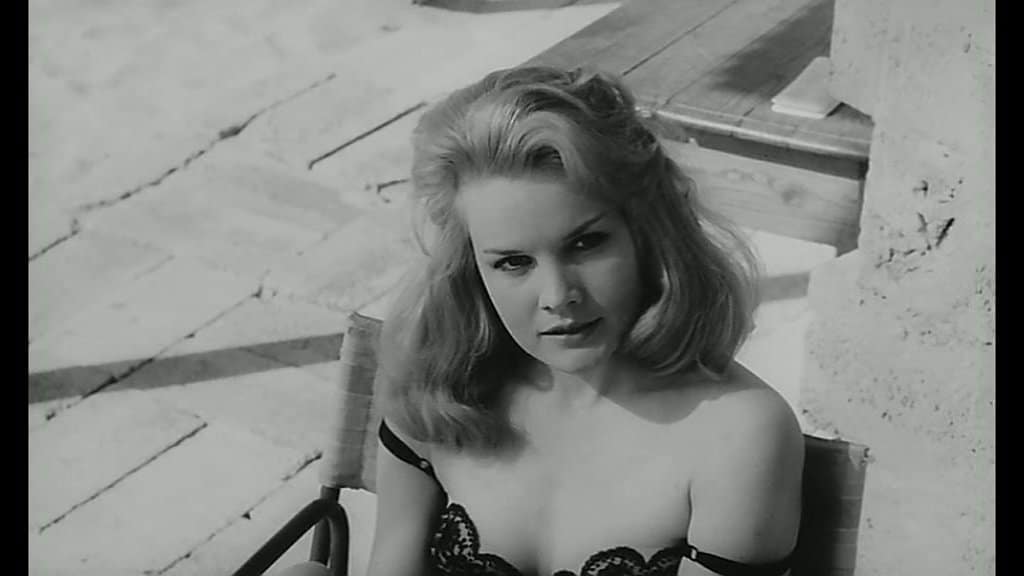 Not a film for anybody currently climbing the walls under lockdown. Station Six-Sahara demonstrates that a wide open expanse can be as claustrophobic as a tiny little cabin; the oppressive desert backdrop (of Libya’s Sahara) vividly rendered by veteran cameraman Gerald Gibbs as a blinding white nothingness stretching to infinity (like snow but also oppressively hot).

Usually mistaken for a drama, Station Six-Sahara is more properly enjoyed – if that’s the right word for such an intense experience – as a very black comedy. Bryan Forbes rewrote Brian Clemens’ original script based on a play by Jean Martet which anticipates The Flight of the Phoenix and Dark Star in it’s unsparing depiction of a group of men who didn’t have much in common in the first place driven further round the bend by being cooped up together; or to suffer the final twist of the knife when Carroll Baker literally crashes in on them.

There’s little overt action, the tension deriving from what’s going on inside them rather than what they are actually doing. Or wish they were doing. Richard Chatten.