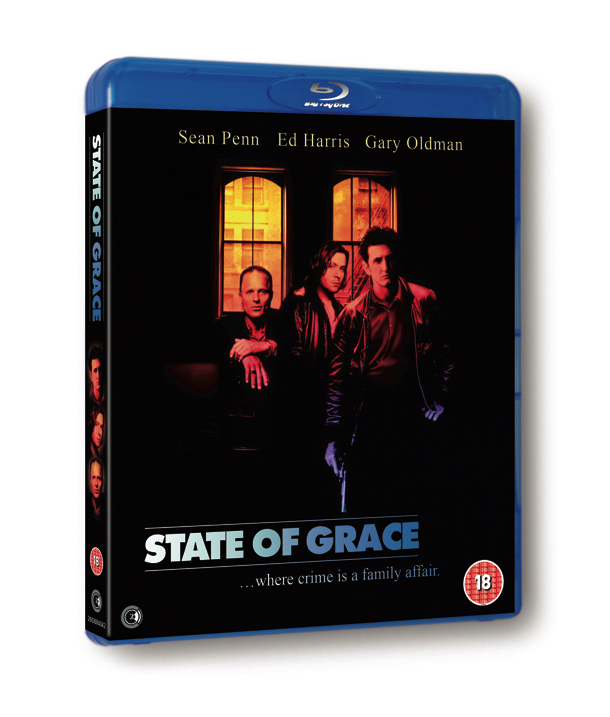 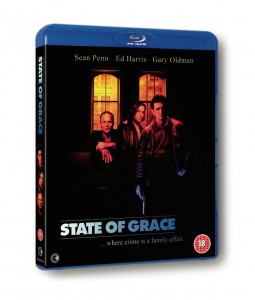 Director Joanou has a diverse output, reaching from U2 Rattle and Hum to the sporting drama Gridiron. STATE OF GRACE is very much Sidney Lumet/Martin Scorsese territory; Joanou perhaps too much in awe of the two directors.

The violent neo-noir narrative is centred around undercover cop Terry Noonan (Penn), returning to New York’s Hell Kitchen and the Flannery gang, once his pals. Terrys’ best friend Jackie (Oldman) and his brother Frankie (Ed Harris) are leaders of a gang, modelled on the Westies. Terry rekindles his love for his old sweetheart Kathleen, sister of the two gangsters, who later leaves all the violent males. After the psychotic Frankie shoots his brother Jackie in cold blood, Terry throws his badge away, and kills Frankie and two of his henchmen in a pub, whilst Kathleen is watching the St. Patrick’s Parade.

Joanou avoids any sentimentality: his Terry is as violent as the brothers he is fighting, but just on the other side of the track. Ed Harris’s snake-like portrait of Frankie is most impressive – the cold-blooded murder of his brother the highlight of the film. But somehow Joanou lacks the punch of Scorsese and the psychological insight of Lumet, and STATE OF GRACE turns out to be a little much too clichéd and superficial, particularly regarding the Terry/Kathleen relationship. That said, Ennio Morricone’s score and the wonderful work of DOP Jordan Cronenweth (who photographed Blade Runner, and worked in spite suffering from Parkinson’s Disease for 13 years before succumbing during the shooting of Alien III) still make STATE OF GRACE e a watchable film. AS.