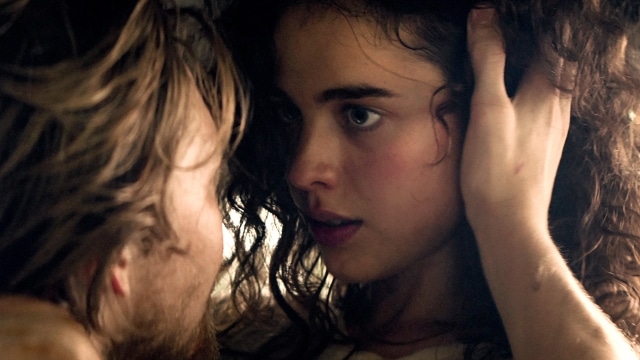 Margaret Qualley and Joe Alwyn play a pair of star crossed expats in Claire Denis’s political thriller set in Nicaragua Sandinista regime during the 1980s and updated from Denis Johnson’s novel with a pandemic twist to further its unsettling atmosphere .

Qualley is skanky journalist turned grifter, Trish, using her body rather than her writing to maintain a precarious existence when she meets the debonair aid worker Daniel DeWaan who is supposedly there on an humanitarian mission.

In contrast Trish is a canny survivor who has the best lines when describing her contacts and these add a dry burst of humour to their rather gruelling exploits in surviving, and their bid to escape when the going gets rough. On the road to Costa Rica they run up against an abrasive CIA agent – Benny Safdie in a punchy turn.

Based on Denis Johnson’s novel ‘The Stars at Noon’, this is certainly a sensual and absorbing  experience not least for its woozy jazz score by Tindertsticks but not quite as memorable as her early films Beau Travail or Chocolat. MT