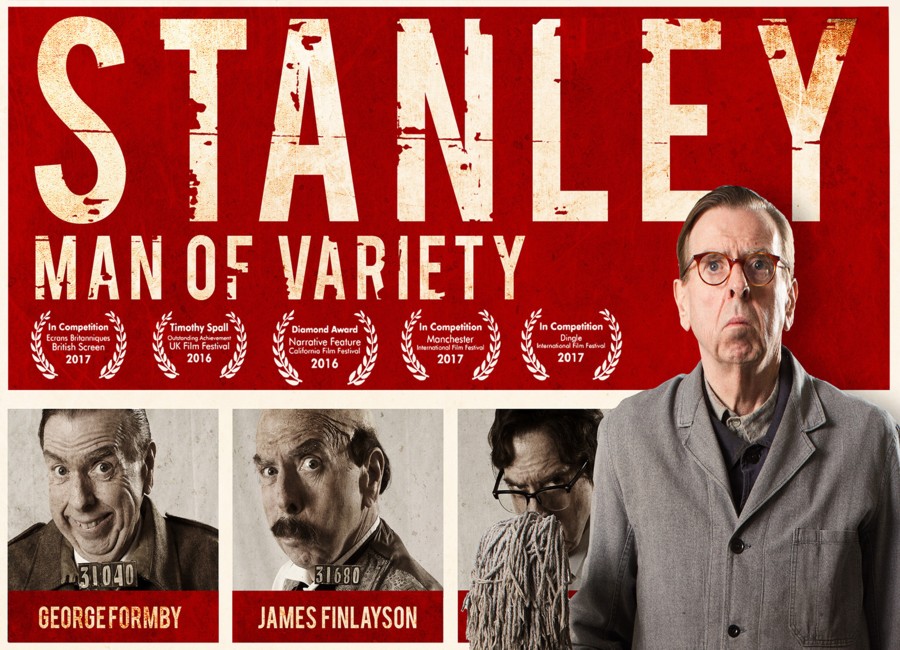 As much as we all love the veteran actor Timothy Spall, his one-hander Stanley, a Man of Variety, co-written by Stephen Cookson (My Angel), is simply a vanity project and the total opposite of the title: a portrait of a mental patient, wasting away in a derelict psychiatric ward.

Stanley also suffers from its unstructured script – hardly a narrative, but a series of numbers, held together by the slightest of content: Stanley fantasises about his past, his never totally explained transgression, only wanting to leave the ward to visit his daughter’s grave. Apart from his parents, Spall also acts out the personas of popular British actors: Max Wall, Alistair Sim, Margaret Rutherford and Noel Coward to name a few. They mostly berate poor Stanley, who is lost in his world of cleaning the ward and watching old VCR cassettes – if he can find the tokens for the meter.

Stanley veers helplessly between parody and self-satire; everything between Tarkovsky and Carry-On is plundered, but all seems oddly second-hand, like Spall’s imitations. One suspects that Cookson/Spall had Rober Hamer’s Kind Hearts and Coronets in mind, but Alec Guinness was helped by a great ensemble of the very best – and a proper script based on a brilliant novel. DoP Ismael Issa tries very hard to jazz the whole thing up, but it’s difficult to find coherence when the script is merely a collection of notes. Stanley resembles a work in progress – but very much like the first draft. AS