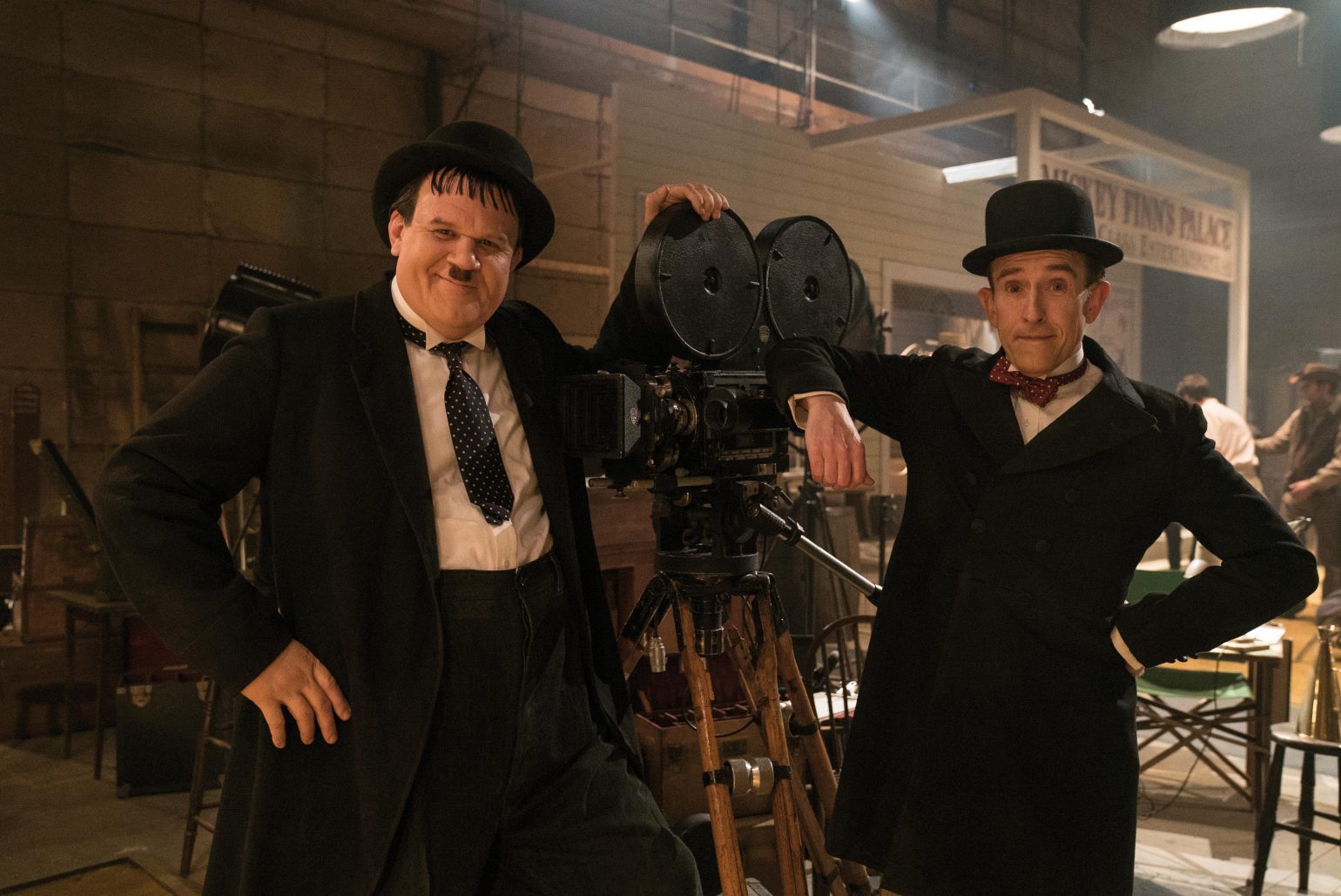 When Stan & Ollie begins, the eponymous duo – that is, Laurel and Hardy themselves – are flying high. It’s 1937, and they are major Hollywood stars – but they are also under contract to producer Hal Roach and, as a result, are being underpaid. Ollie is broke, suffering from an expensive divorce and a gambling addiction, while Stan feels hard done by. He wants to own their films, like Chaplin owns his, and suggests they ask Roach for a better deal. Ollie, however, is content to carry on, not wishing to rock the boat – he has debts to pay, and can’t risk alienating Roach. So, instead, he splits acrimoniously from his long-term partner, and makes a film for Roach without Stan beside him.

16 years later, now ageing and ailing, the duo reunite for a stage tour of the UK, hoping the trip will help them launch production on a film about Robin Hood. As the tour gets underway, they perform in small venues to even smaller audiences. In an attempt to turn things around, they hit the publicity trail and, in doing so, remind the public of their appeal. Audiences soon grow, but old resentments and failing health threaten to undermine the stability of their newly revived success.

As Stan and Ollie, Steve Coogan and John C. Reilly are superb, perfectly capturing the infectious energy that made Laurel and Hardy so likeable, while simultaneously conveying the gamut of emotions that occur as their fortunes rise and fall. Though their loving wives (brilliantly portrayed by Nina Arianda and Shirley Henderson) do their best to care for the men, and get many of the film’s funniest lines while doing so, it’s the bromance between Stan and Ollie that forms the heart of the film, turning their bittersweet story into a touching meditation on friendship, show business and the art of getting old. The pair are driven by a compulsion to create, even as circumstances – and their own health – conspire against them. As Ollie himself puts it, what else are they going to do?

Throughout the film, the ageing comedians are confronted time and again with comments about how wonderful it is that they’re still going after all these years, and still doing the same material over and over. Such backhanded compliments perfectly encapsulate the poignant tone of the film, but the words also ring true – as Stan & Ollie proves, even after all these years, the material still works. Alex Barrett