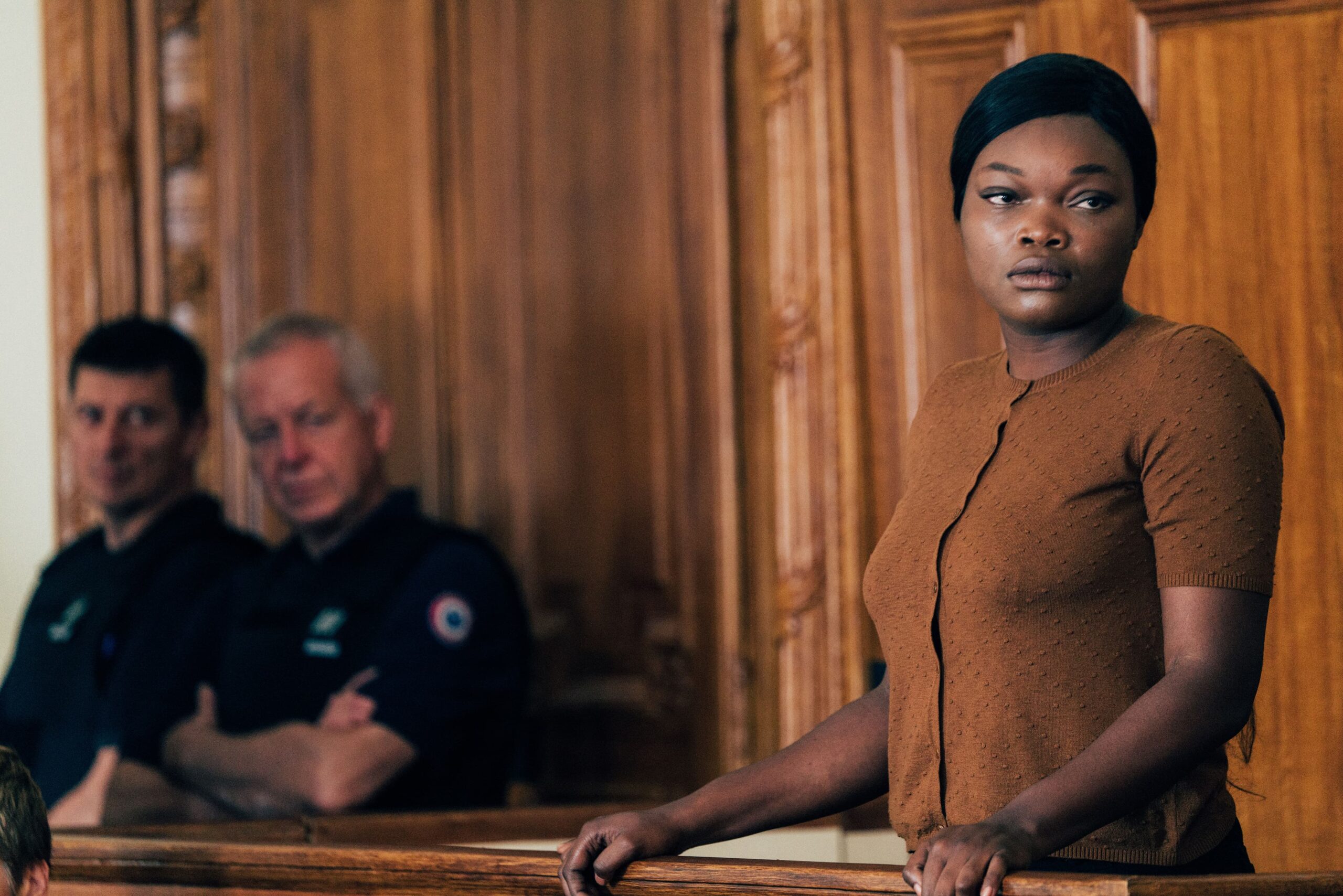 This gripping feature debut from award-winning documentarian Alice Diop is a courtroom drama of a special kind. Saint Omer is a quest for a seemingly unobtainable truth in contemporary France.

Isolation and loneliness are felt particularly keenly by the main character Rama (Kagame), a Paris-based university lecturer who arrives in Saint Omer to cover the case of Laurence (Malanga), a mother on trial for killing her own daughter after a suffering the shame of being ostracised by her much older white husband.

The French-Senegalese director and co-writer is already a successful documentarian  and won the Silver Lion (Grand Prix) and the “Luigi De Laurentiis Lion of the Future Award” for best first feature at Venice Film Festival.

Diop could have hardly chosen a more incendiary subject based on the case of Fabienne Kabou, who killed her 15-month old daughter by drowning her in the sea off Northern France then going back to Paris as if nothing had happened. Diop used the trial documents as a basis for her heart-wrenching tale of the re-telling of the ‘Medea’ myth.

Rama – Diop’s Alter Ego in the film – is also pregnant but does not want to tell her family, since she has a dysfunctional relationship with her own, abusive, mother Odile (Kamate) shown in flashback. She’s also keen to collect collect information for her forthcoming book on Medea. During the trial, Rama finds more and more personal parallels to the life of the accused, Laurence Coly (Malanga), who was studying for a PHD in philosophy even though – like everything else in her CV – this is not really a given. Coly had hidden the birth of her daughter from nearly everyone, including her mother whom Rama meets during the breaks in the court proceedings. The two women wander through the streets of the small city, with Odile being really proud of her daughter’s academic style of conversation.

These encounters raise more questions than answers for Rama who has doubts about her ability to be a good mother. Her partner Adrian (De Pourquery) comes down from Paris and tries to puts her mind at rest. Rama’s partner is the exact antithesis of Luc Dumontet (Maly), the father of little Elise, who is 30 years older than Laurence. He too helped to hide Elise’ existence from the world by not registering her birth.

The Judge (Dreville) tries hard to find out what drove Coly to her desperate deed, and Coly seems equally confused about her motives throughout the trial. She mentions witchcraft, but has no proof. She is adamant about not wanting to hide the truth, and has a high IQ and proud of the fact. Laurence grew up in Dakar in a wealthy Catholic family and always achieved high academic results. But her personality remains an enigma throughout the trial and she is stubbornly closed to the help offered.

Saint Omer opens with an archive extract from the liberation of France in 1944: women collaborators are punished by having their hair cut off publicly. Are they victims, are they heroes? Diop insists throughout her film that she is not interested in easy solutions, wanting to question the objective as well as the subjective. Which brings us to Marguerite Duras. Rama is also a novelist and lectures on Duras (again shown in  flashback) and this certainly raises the question of how much she wanted to gain inspiration from the case. But the Laurence case unsettles her in a way she had not bargained for.

DoP Claire Mathon frames Laurence in the style of a Velasquez portrait, putting her firmly in the limelight. The close-ups clearly borrow from Ozu, the camera travelling slowly upwards – or downwards when it comes to Rama, who is hemmed into the rows of spectators. The light is sometimes diffuse, reflecting Laurence’ state of mind.

At the end, there are mostly women left: the protagonists of the legal proceedings, the crowd on the spectator benches. The same goes for the film crew.

Austere and fragmented, Saint Omer is not looking for solution but leaves us to make up our own minds, almost like an offscreen jury. Nowadays it seems as if the truth is becoming a moveable, mutating feast. AS