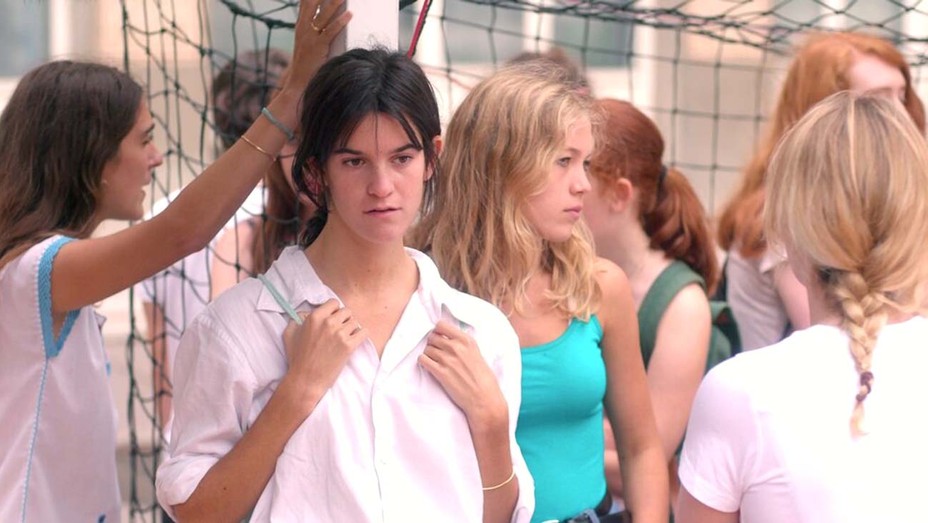 A delicate sensuous coming of age story from Suzanne Lindon who stars as the film’s subversive heroine who is also rather a dark horse.

In her directing and acting debut Lindon has clearly inherited her parents’ talents – she’s the 20-year-old daughter of Vincent Lindon and Sandrine Kiberlain, but wrote the film when she was only 15. They clearly said: “write about what you know” and this is exactly what’s she’s done, Spring Blossom has a freshness of touch that perfectly compliments its subtle narrative.

Spring Blossom is slim but evocatively recherché – avoiding gauche thrills or flirty silliness it feels its way intuitively forward. There’s a palpable sensuality to the heady taste of first love that slowly simmers and smoulders between the stylish but vulnerable high-school girl and her older crush Raphaël (Arnaud Valois), an actor performing in the local theatre and experiencing the ennui of performance fatigue. In a sun-dappled Southern France the amorous feelings gradually well up in her teenage heart but Suzanne remains dignified and secretive around her parents, sharing the odd complicit tete a tete with her younger sister.

There’s a sense that Suzanne will grow up to be subversively sensual like Jacqueline Bisset or Charlotte Rampling, still retaining that edgy sexiness that sets women like her apart from the crowd. And in a way Lindon’s slight narrative plays to the film’s advantage, hinting at the mysteries of female sexuality as Suzanne’s febrile imagination considers the art of seduction.

There’s something provocative but eminently natural about this suggestive love affair that seems grown-up and plausible, each character possessing calm dignity and an alluring sense of self. Seen from the young woman’s perspective, there’s nothing smutty about the concept of a teenager with an ‘older’ man, although you’d hardly notice the age different, Raphaël not coming across as a lothario,  but a ‘bon chic bon genre’ type of guy. The pairing has very much the clean-cut top drawer allure of Joanna Hogg’s recent The Souvenir, but the brittle cruelty of Tom Burke’s Anglo Saxon public school boy turned roguish love rat contrasts with the rather lowkey laidback loucheness of Valois’Raphaël. This is very much a French love story with a hint of Louis Garel’s early films about it all. MT