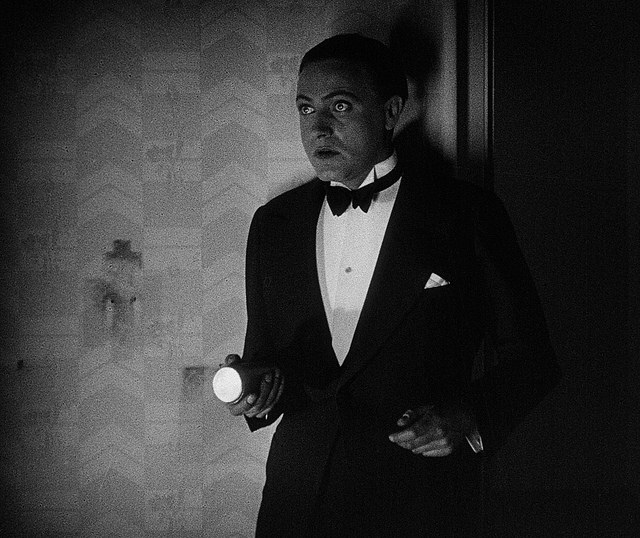 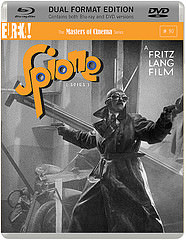 SPIONE, whilst directed by Lang, is much more a Thea von Harbou film, co-written by her, based on her novel of the same name. It has long become fashionable to put all the blame for the weaknesses of Lang’s films before his emigration on von Harbour – after all, she stayed in Germany, being a convinced national socialist. But it is not so easy: Kracauer rightfully criticises that “SPIONE could have been a true forerunner of the Hitchcock thrillers if Lang had not fashioned it after the pompous manner of METROPOLIS, with empty sensations taking on the air of substantial revelations.” But to say that its “virtuosity alienated from the content”, and later alleging that Lang only found his true ‘style’ in Hollywood, is simply going too far and forgetting that Lang’s Hollywood B-movies were much leaner because of restricted budgets. But one should not forget that on his return to Germany in 1958, Lang’s last films again could be put into the category of “form above content”; mainly for the reason that he could command a much higher budget – using scripts co-written by von Harbou (who had died in 1954) and himself based on her novels for “Der Tiger von Eschnapur” und “Das Indische Grabmal”.

In many ways SPIONE is a more rational version of Lang’s earlier “Dr. Mabuse” films from 1921/2. The main protagonist, Haghi (Klein-Rogge, who also featured as Mabuse), has a triple existence: he is leader of a powerful spy ring; the (crippled) president of a bank and the circus clown Nero. But whilst Mabuse was driven by lust for power alone, Haghi is much more a protagonist of the “Neue Sachlichkeit” (New Objectivism). He does not want power, he wants to have a better organisation than his opponent, the boss of the state run counter-espionage. Being a pragmatist, he underestimates the power of emotions: Haghi’s agent Sonja (Maurus) falls in love with her opposition agent no. 326 (Fritsch), and after Haghi fails to kill 326 off in a wonderfully staged railway accident, he flees into the circus world, but is even cornered there: he commits suicide on stage, the audience clapping, wildly believing it to be the highlight of his performance.

As usual, in most films from Kracauer’s so-called “Stabilised Period” in German cinema (1924–1929), neutrality is the order of the day. Whilst Mabuse was seen as the enemy, Haghi and his opponents are just competitors – like police and underworld in M (1931). In Lang films of this era, technology is perhaps the most dominant factor. Haghi’s spies use planes, which are much quicker than the trains used by the agents of the state. (A copy of SPIONE was taken by Zeppelin to New York for its US premiere). And all the walls in Haghi’s banking empire have spy-holes, as in Metropolis: so he could spy on his workforce. Spying is the central idea of many Lang films, SPIONE morphing without little transition into MINISTRY OF FEAR sixteen years later. AS