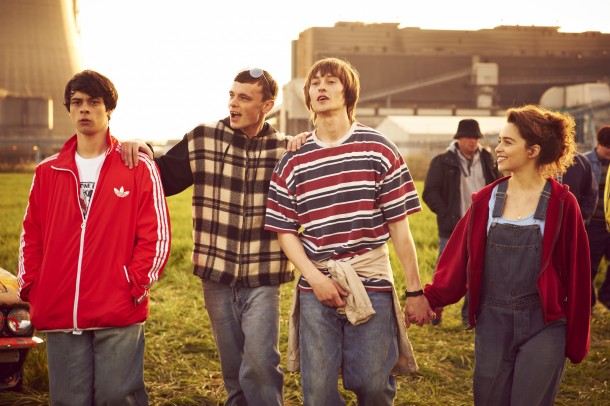 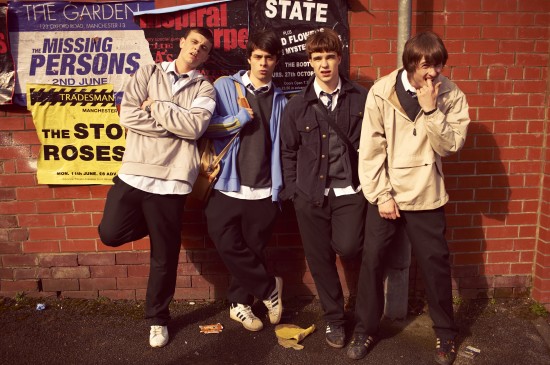 There’s a brimming glee to Mat Whitecross’s breezy Britflic about a group of teenagers who’ll beg, steal or borrow to see their idols, The Stone Roses, in concert on May 27th,1990 on Spike Island.

It’s the ‘baggy’ era and a big year for music: Eric Clapton sings in Hyde Park, the Stones tour Japan and the Byrds re-unite. But in Manchester, where the prisoners are rioting at Strangeways, The Stone Roses are quite simply where it’s happening and their debut album is the biggest thing to hit the local Rock scene.

Against this background, schoolboys Tits, Dodge, LIttle Gaz and Zippy have formed a band called Star Caster in the hope they may just pick up some stardust from their heroes but somehow homework, girls and stuff get in the way and their biggest goal becomes snaring tickets for concert that will define the decade at Spike Island in the Mersey.

With Chris Cogshill’s slick script, Mat Shawcross stylishly re-creates the furore with this coming of age story which has Elliott Tittensor as the rowdy and rousing ringleader although not the all round good guy, as we discover.  Spike Island is a feelgood film bouncing with affection for the era and featuring some of the best music ever committed to soundtrack. MT