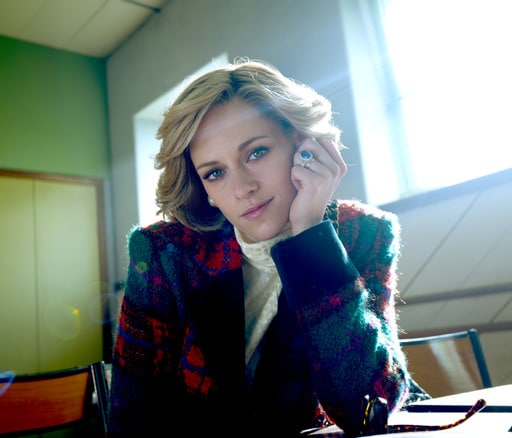 An imagined Christmas at Sandringham is the latest showcase showdown in the tortured saga of Princess Diana’s fated marriage to Prince Charles.

Pablo Larraín’s Venice competition hopeful Spencer makes for extremely painful viewing as an atmospheric arthouse portrait of isolation and emotional disintegration. But the fact that it portrays two well known figures representing the British royal family makes it all the more poignant. A story of two of unhappy people struggling within the confines of tight security and rigorous protocol was never going to be joyful especially when each one is a mannered caricature of their putative selves.

Chilean auteur Pablo Larain has become somewhat of a dab hand at painting marginalised characters: from Jackie Onassis to a group of distressed priests in his 2015 feature The Club. And those who hate the monarchy will have a field day with how dreadful a royal weekend is made to look.

Diana  – who died 24 years ago – is victimised to within an inch of her life by the regal system, eventually falling victim to her psychosis in Sandringham’s splendour during a visit that would send anyone screaming for a taxi to Norwich, if they didn’t have their own Porsche parked outside. The film’s timing is even more significant in a year where Her Majesty the Queen has had enough to contend with, not least the death of her husband.

Kristen Stewart couldn’t be more suited to her role as Diana, her wan pallor and delicately chiselled features mirror those of the tragic Princess who doted on her boys and wanted a normal life despite her wealth and privilege. That said, she lacks the vivacious charisma of the princess – who I once met. It’s a performance that plays to the crowd rather than the cognoscenti. Spencer will prove divisive: Some will find it brittle, glib and shallow; others will delight in its sullen melodrama.

The film starts with Diana literally losing her way in the depths of the Norfolk countryside, the film was actually shot in Germany, on a bleak winter’s day. Pitching up at a roadside cafe to ask directions, she eventually finds herself in the safe hands of Sean Harris’ Sandringham chef Darren who guides her back to face the music over her late arrival.

Larrain draws clever but rather chilling comparisons with Diana’s situation and that of Anne Boleyn (Manson). Dream sequences picture the hapless wife of Henry VIII drifting through Sandringham’s gilded corridors. In fact, there’s a great deal of drifting and floating in this often haunting tragedy, as Diana frequently goes awol in frosty nights and foggy mornings, in a bid to avoid the strictures of this regimented family ‘holiday’.

Playing out as a series of grim episodes during the festive break, Diana gradually implodes:.And if she’s not hounded by equerries (Timothy Spall makes for a ghastly bully) and dressers (her only trusted aide is Maggie played by Sally Hawkins), then the press are on her tail with their long distance lenses. Forced into wearing a series of specially selected twee outfits (Christmas lunch, boxing day tea etc) Diana erupts in anguish, biting into a rope of pearls that clatters into her pea soup – a scene that leads to a bulimia attack. The pearls were a gift from Charles (played by Poldark’s Jack Farthing) who offered the same jewels (known as a symbol of tears) to his lover Camilla Parker-Bowles. Only Diana, Maggie and Spall’s equerry are fully fleshed out, the other characters are cyphers only there to serve the narrative.

Diana is seen making the most of joy-filled moments with her boys (played gamely by Jack Nielen and Freddie) and eventually there is a happy ending to this particular episode which culminates with a liberating car ride to Mike and the Mechanics. A dismally depressing, washed out watch, fraught with sorrow. A terrible tribute to the real people it depicts. MT