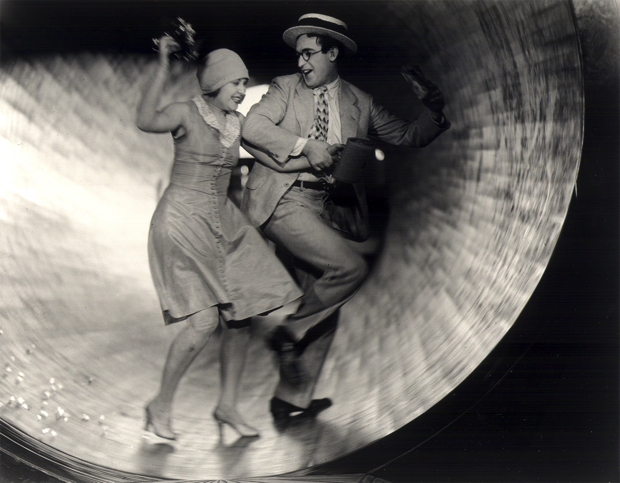 SPEEDY was Harold Lloyd’s last silent film, and director Ted Wilde (who was nominated for the short-lived Oscar category for Best Director of Comedy Films) would only direct two more films before he died in 1929, a day after his fortieth birthday. It serves as an important and nostalgic tribute to one of the last pockets of New York, where electrification and other mod-coms have not transformed the place into an urban jungle with the loss of human interaction based on trust and goodwill.

Harold ‘Speedy’ Swift (Lloyd) is unable to hold a job down for long, his obsession for baseball causing him to abandon any interest in his varied professions. He lives in New York with his long-suffering girl friend Jane Dillon (Christy) and her granddad Pop (Woodruff), who runs the last horse driven trolley in the City. But Speedy eventually comes good when he saves Pop’s business from the scheming plans of an Electric Trolley company who tries to run his business off the road. Pop Dillon gets a six-figure sum as compensation, which comes in handy for Speedy and Jane who set out for the Niagara Falls with the faithful horse and the half ruined trolley.

Despite being two generations younger than Pop and his friends, who are firmly rooted in the 19th century, Speedy is an romantic who yearns for a time where money was the only necessity in society. He is drawn to Baseball, a game which can last four or five hours – with not much happening. When Speedy meets his hero, the legendary player Babe Ruth, and drives him – for free – to a game, his utter joy and adoration knows no bounds.

Whilst the breakneck chase to get the Trolley back in time before the deadline, is makes for an impressive finale, the real highpoint of SPEEDY is a visit to the Coney Island Fair Ground, where the romantic couple enjoy dizzy rides, win a dog and have far too much to eat. Walter Lundin  (Safety Last) delivers – quite literally – a firework of images. Those who have had the mixed fortune to spend time with their kids at Disney Park Paris will recognise the firework and light display of Coney Island’s ‘Luna’ Park captured by Lundin. Whilst SPEEDY is not as innovative as Lloyd’s Safety First (1923), it is emotionally much more mature, and its critique of ‘progress at all cost’ is very real and gives the film an humane and insightful aspect. AS