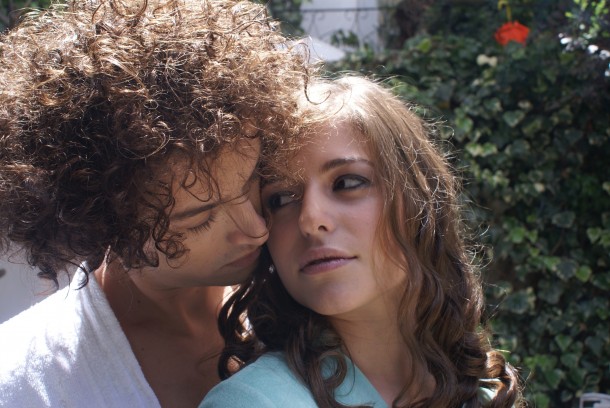 According to SOUTHERN DISTRICT, Bolivia is still trapped in the dark ages. But despite an overriding tone of misogyny, it remains a firmly matriacal society full of tradition and firmly in the thrall of Catholicism.

In a luxurious home in La Paz, a well-to-do family lives a cloistered existance: their staff very much part of the intimate family. Wilson (Pascual Loayza), the family butler and handy man is a benign and gentle soul who tolerates his boss Carola (Ninón del Castillo) who hasn’t paid him for months. Having been abandoned by her husband, Carola relies heavily on Wilson’s capable support. The children are typically undisciplined and play fast and lose, taking advantage of their mother’s weakness and Carola dotes on her vapid son, Andrés (Nicolas Fernandes), spoiling him and offering him a poor role model of the female of the species.

Essentially a chamber piece, SOUTHERN DISTRICT is sparsely written, resorting to cliche in a narrative that fails to be meaningful or convincing, perhaps due to the English translation of the Spanish. Occasionally there are flashes of Almodovar’s Women on the Verge of A Nervous Breakdown in its female-centric plot, though whether there is an attempt at black humour it’s difficult to judge and certainly fails to come across. Despite its delicately muted aesthetic and elegant, almost magical setting and tentative classical piano/folkoric score, the film feels very much like an upmarket Bolivian soap opera, gradually charting the financial down-spiralling of this once affluent family.

Wilson is the pivotal character in the piece, demonstrating how men are still relied upon for support and protection, whatever their class or background, and he is vital in providing a paternal role model in all their lives and standing by his middle-aged mistress of the household.

The intimate camerawork captures the stiffling and claustrophobic lives of these people whose world implodes in on them once the male figurehead has left them stranded without financial backing to maintain their status in society, as gradually the sinster class system is exposed. A small film but a clever one. MT