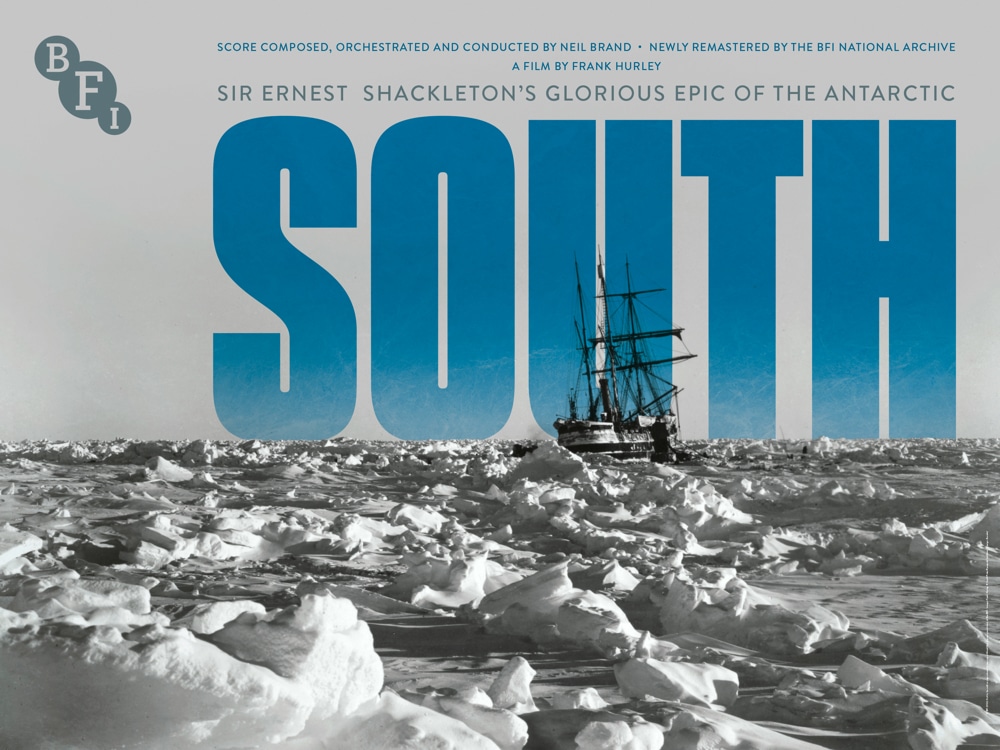 Since Ernest Shackleton’s polar expedition of 1914-16 had a happy ending we don’t get the sense of foreboding that always accompanies footage of Scott.

Much is made in the commentary of the hardships Shackleton and his men endured, but the attractive tints and jaunty score create quite a different mood; while the ever-present snow which devoured the Endeavour must have been chilly to endure but is majestic to behold. (Ironically global warming would make following in his footsteps easier today).

A lot of footage is devoted to quaint scenes of the local wildlife; and it seems rather disingenuous of the makers to lament the lack of a welcome they received from a group of emperor penguins when they happily admitted using seals and sea cows as a source of food.@RichardChatten