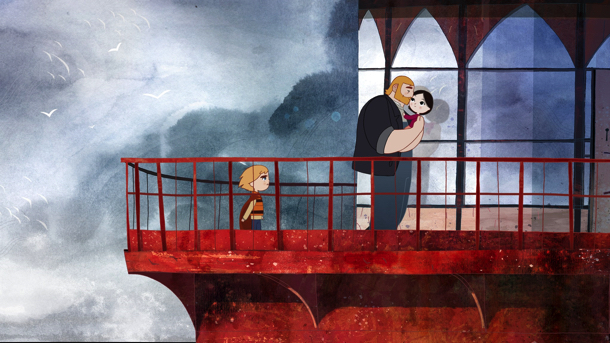 There are some enchanting animation films that sadly most audiences avoid, considering these films for children. Not so. This year’s Oscar nominations include some dark and very significant narratives: The Tale of Princess Kaguya, The Boxtrolls and Song of the Sea are amongst them with their metaphors relating to real life and serious contemporary themes.

SONG OF THE SEA is a moving family drama with a wider context. From the director The Secret of Kells, its tale is rooted in Irish folklore with ‘faeries’ featuring in a story about a family who are grieving the disappearance of their mother, as two young children try to make their way to safety.

As is often the case with Studio Ghibli films, the narrative here is melancholy and tender with sumptuously rendered animated sequences and vibrant colours telling of the mysterious Macha – a kind of witch – and owls with eyes as big as saucers. Tomm Moore has put his distinct touch to the piece with its lilting score by folk band Kila that perfectly captures the film’s past and present context. MT