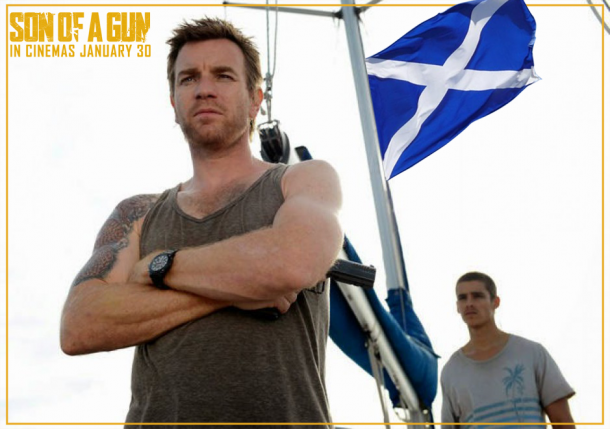 The only reason to see SON OF A GUN is Ewan McGregor’s performance that sweeps this raunchy crime caper off its feet and wipes the floor with everyone else in the cast. McGregor plays Brendan, a venal gangster serving time, who befriends the new kid on the jail block, JR, (Brenton Thwaites) rescuing him from the clutches of a rival gang behind bars. But there’s no such thing as a free luncheon voucher, and once JR is out in the open again, he’s  forced into a series of trials on behalf of Brendan, who keeps him firmly under the cosh to aide and abet his own escape and then compete in a complex gold heist. Despite providing beefy goodness and sultry arm candy for Alicia Vikander’s underwritten nubile Russian moll (Tasha), Thwaites is upstaged by Ewan McGregor at every turn as the plot finally melts to slurry in the Australian sun. McGregor emerges the victor on every level here. Well he would, wouldn’t he. MT