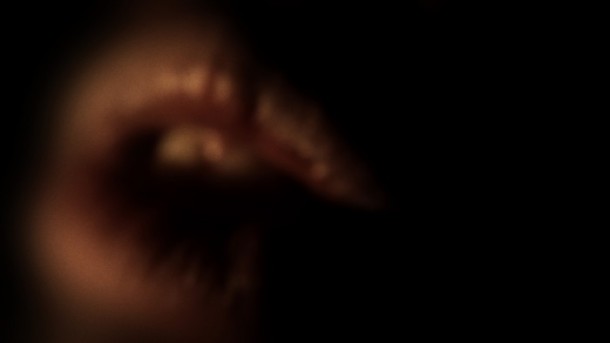 Songwriter Dion McGregor became famous in the 1960s for narrating his dreams in his sleep. These often amusing reveries are the focus of Leviathan directors Lucien Castaing-Taylor and Verena Paravel in a documentary that conjures up the revealing reveries of our deep subconscious that float around when we fall into dream sleep.

McGregor is so far the world’s most prolific recorded sleep talker and his dreams have long been analysed by psychiatrists who claim that he speaks from his motor cortex. His softly spoken voice invites us into his dreamscape “come-on in, I said I would grant an interview”. He talks about his imaginary town for midgets where there are baby animals too. “Did you ever sea a midget twist? It’s the cutest thing”

Some of it is gibberish but other times his monologues verge on the semi-pornographic where he talks about a rape in a hijacked ambulance and creates imagined scenarios with neighbours and acquaintances such as Mrs Evelyn Dangerfield and her “platinum bush” and her butler Carver: “deep in the bowels of his room I think he’s really a carver”; and the lady who cuts elastic out of people’s underwear. McGregor also muses over “supervised conception” that takes place in a “fuckwaggon” on Fridays and the “watchwaggon” of Wednesdays: “we’re just a nation of voyeurs”. In the final moments of this intriguing visual experience McGregor grows agitated: “let’s go to future land, the present is squalid”. And that was only the Sixties.MT