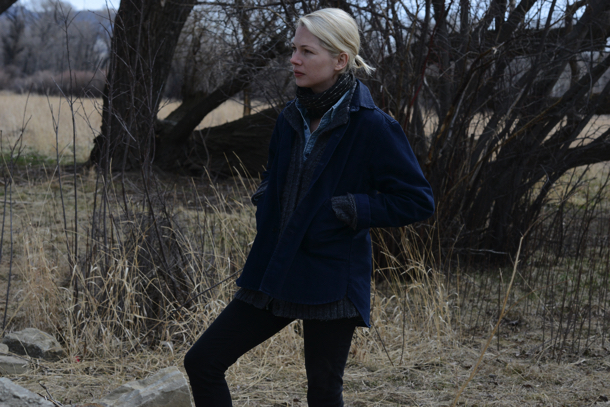 Auteur Kelly Reichardt’s latest film is a humane and poignant story capturing the isolation and quiet devastation of loneliness. Following her noirish eco-thriller Night Moves, CERTAIN WOMEN feels even more prescient, yet low key and leisurely as it reveals with startling vulnerability the lives of three women in contemporary America.

Adapted from short stories by Maile Meloy and set around the trendy mountain outpost of Livingston, Montana (Michael Keaton, Dennis Quaid and David Lettleman have places nearby), this female-themed drama initially feels understated but eventually resonates as its gently calibrated rhythm echoes through the wide open landscapes of the northwest Pacific and the close reliance between people, animals and nature.

Casting stars alongside newcomers, regular collaborator Michelle Williams (Meek’s Cutoff) joins Laura Dern, Kristen Stewart and a welcome discovery in the shape of Lily Gladstone. These women play characters who could be you or me. And their daily lives strike a knowing chord as they trip lightly through our own experiences, in the capable hands of Reichardt and Meloy.

The opening scene is one that springs to mind as local lawyer Laura Wells (Dern) lies pensively in bed after a brief encounter with her lover Ryan (James Le Gros), who we later discover is married to another member of the trio. Pulling on his thermal underwear he goes back to his roost with wife Gina, Michelle Williams’ spiky mother of sulky teenager Guthrie (Sara Rodier). Turns out he also shares a close bond with Guthrie as the family camps on a piece of land where they plan to build themselves a house. Gina and Ryan hope to get elderly Albert (Rene Auberjonois) to sell them some local sandstone so that their house will have a touch of the vernacular. This is the only scene where Gina cracks a disingenuous smile as her assertive qualities comes across as machiavellian manipulativeness.

Laura Wells, meanwhile, is tasked with defending local chippie Fuller (Jared Harris), who is proving to be an irritating client fighting an un-winnable compensation claim over an accident at work. Taking liberties and turning up in unexpected places, Fuller seems to think he has the upper hand because Laura is a woman, and a sympathetic one at that.

The third strand is an enigmatic encounter with a twinge of l’esprit d’escalier where Kristen Stewart’s legal graduate Elizabeth travels thousands of miles each day to teach teachers education law. Attending the classes is Jamie (Lily Gladstone) a groom from a nearby ranch who seems drawn to Elizabeth, but whether this is a schoolgirl crush or nascent lesbian longing is wisely never examined, giving the story delicious depth and mystery. Jamie’s days are spent in the company of horses and her trusty mutt (Reichardt’s own corgi cross), but she seems ready to spread her wings although her direction never quite unravels. The two grow strangely close – emotionally and physically – as they share evenings together in the diner and a horseback ride back to Elizabeth’s car.

CERTAIN WOMEN is both pleasurable to watch and enjoyable to contemplate, It probes the lives of intelligent women whose longings never quite materialise, remaining inchoate and undefined but instilled with the growing melancholy of possibilities untrammelled and romantic disillusionment. DoP Christopher Blauvelt adds a grainy, indie feel to his glistening 16mm camerawork, and the tone that is subdued and introspective, enhanced by Jeff Grace’s atmospheric score. These are women who seem to know themselves but are somehow back-footed by their circumstances, being too empathetic with their fellow humans to boldly make a stand in raw emotional scenes that communicate more in visuals than they ever could in words. MT