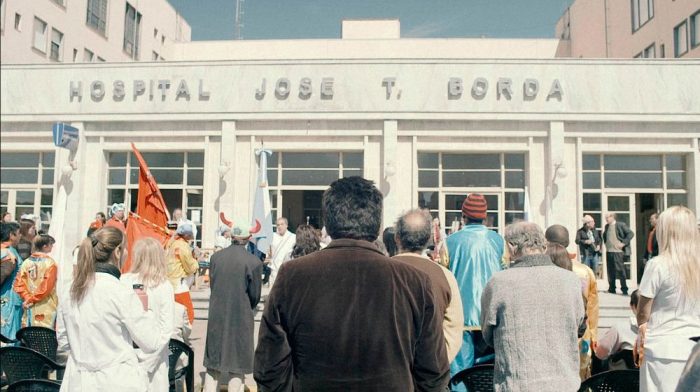 Psychologists have identified strong links between creativity and mood disorders such as bipolar disorder and even schizophrenia. Some of our most famous writers, artists and musicians have suffered from mental instability: Virginia Woolf was dogged by depression, Ernest Hemingway committed suicide after treatment, Robert Schumann died in a mental home and even Steven Fry admitted to bi-polar when he famously walked away from a role on the London stage.

Producer and director Artemio Benki explores mental affliction in his serene and sensitive documentary screening in the ACID sidebar at Cannes this year. Solo centres on Martín P. a young Argentinean piano virtuoso and composer who has been receiving treatment for his breakdown four years ago as a patient in the controversial psychiatric hospital of El Borda, the largest and most noted of its kind in Latin America. As a child Martin was hailed a musical genius and went on to be the most talented composer of his generation. But for the past four year he has been struggling to get back to the concert stage while composing his latest work Enfermaria. Solo tells his unique yet relatable story, his fight with creativity and his obsession with being the best in a world where perfection and talent require confidence and persistence to thrive. Martin’s essential focus is to find that safe place between ‘insanity’ and ‘normality’ so he can move on and develop his career and his life. MT