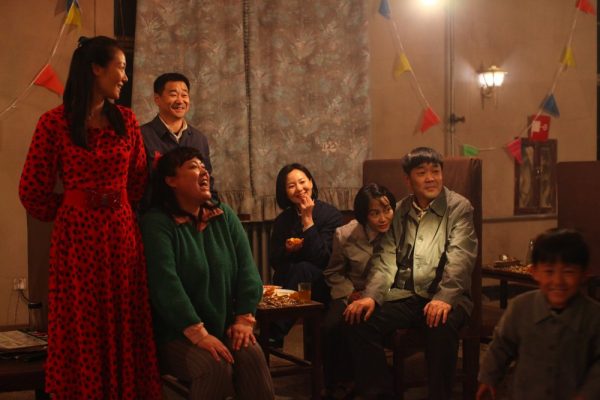 Wang Xiaoshuai’s So Long, My Son (Di jiu tian chang) is intimate in style but ambitious in its storyline that straddles three decades of Chinese social history during an absorbing three hours. It all begins with two young boys eager to join their friends messing about in a reservoir a northern town in 1986. Xingxing can’t swim and is nervous; Haohao tries to persuade him but eventually runs off alone. The next scene sees a family enjoying their supper. Xingxing, his father Yaoyun (Wang Jinchung) and mother Liyun (Yong Mei). But back at the reservoir again, all hell breaks loose as one of the kids appears to be lying in the mud. A frantic chase to the hospital ends in distress – clearly a child has lost his life, and it appears to be Xingxing. The story then jumps forward to the 1990s where the couple are arguing with a teenage boy called Xingxing. Did he miraculously survive the drowning or is this another boy altogether?. Reality will be revealed in a deftly devised subplot.

But from the moment they lose their first child, Yaoyun and Liyun will never be the same, the tragedy bonds them as they live a quiet existence marked by sadness – and we feel for them. One of the grace moments is a silent scene on a bus where Liyun stares ruefully into the distance while another woman chats away to her, oblivious of her pain.

Yaoyun and Liyun are close to Haohao’s parents, mother Haiyan (Ai Liya), the factory line manager, and father Yingming (Xu Cheng), but tragedy strikes again when Liyun becomes pregnant with a second child, the state policy cruelly forcing her to have an abortion. Meanwhile Yaoyun grew close to Yingming’s sister Moli (Qi Xi), who holds the key to this heart-rending social saga.

Performances are tender and utterly convincing from the lead couple, winning them prizes at the Berlin where the film premiered in 2019. This is a sumptuous slow-moving feast for the eyes that also feeds the soul with its resonant storyline. The revolutionary changes provide a subtle backdrop to this social drama with its brooding texture and grace notes that will resonate with anyone affected by their plight. MT
NOW IN CINEMAS from 6 DECEMBER 2019
Copyright © 2022 Filmuforia