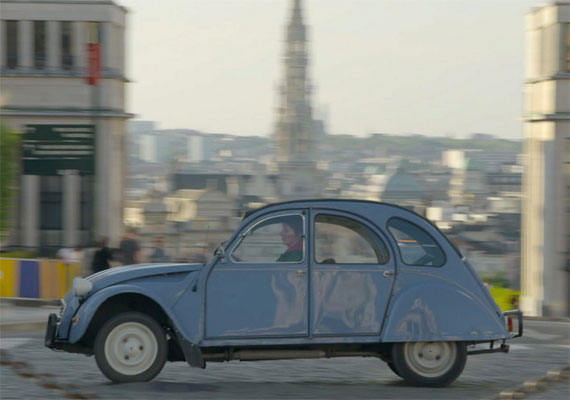 This shocking trawl through the daily casebooks of a plucky Belgian judge reveals a catalogue of sexual depravity, murder and domestic violence on the part of her male – mostly Muslim – suspects, proves compelling viewing. But what makes it so entertaining, apart from the usual stories of men disciplining their wives; dominatrixes pleasuring their clients and murderers pleading to be let off so they don’t lose their council properties – is Judge Gruwez’ laconic and no-nonsense approach, taking everything in her stride, but not always taking prisoners, from her bureau in the heart of Brussels.

There is humour here too in a film that is often downright ludicrous. Many of the characters freely admit to their crimes but angrily accuse the judge herself of ‘ruining their lives’ with her legal sentencing enforced to keep them from reoffending. There are macabre moments too: Attending a DNA exhumation in the blazing heat under a pink umbrella, she claims: “it smelt bad, but there was a nice little breeze!” We also witness a woman’s account of how she killed her son, whom she suspected him of being possessed by The Devil.

Driving around in her 2CV, Maitresse Gruwez listens to opera, keeps a snow white pet rat and types her owns correspondence, despite her reduced manual dexterity.  The directors maintain a strictly detached observational approach to the bizarre subject matter, often filming at close quarters. This remarkable and uncensored film certainly lives up to its name, and proves that truth is invariably stranger than fiction. MT