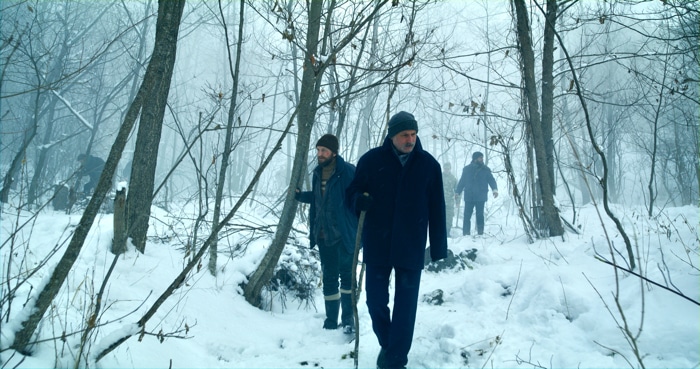 A woman battles the elements and an intractable winter in this well-crafted debut feature from writer-director Selcen Ergun that plays out as a metaphor for female survival in modern day Turkey.

In a snowbound village in the remote eastern part of the country, young nurse Aslı (Merve Dizdar) arrives from the capital – in a similar vein to Burning Days  – although lacking the brooding intensity of Alper’s incendiary thriller.

After making her way through a mountain blizzard, it soon becomes clear that her new post is going to be challenging, physically and from a personal point of view.

The hostile weather has brought bears to the village hungry for food after their long winter sleep, but also an unwelcome  guest in the shape of Hasan (Erkan Bektaş) – a rowdy, unpopular drunkard – who soon vanishes fuelling rumours that he might have fallen foul of his sworn enemy, the sinister Samet (Saygın Soysal) – or even that bears might be responsible for his disappearance.

Dizdar is calm and resolute as the long-suffering female newcomer Asli, facing a deeply engrained patriarchal set-up where myth and folklore conspire against her modern outlook and professional training, in this enjoyable thriller enhanced by Florent Herry’s sensitive visual allure and an evocative score by Erdem Helvacıoğlu. MT