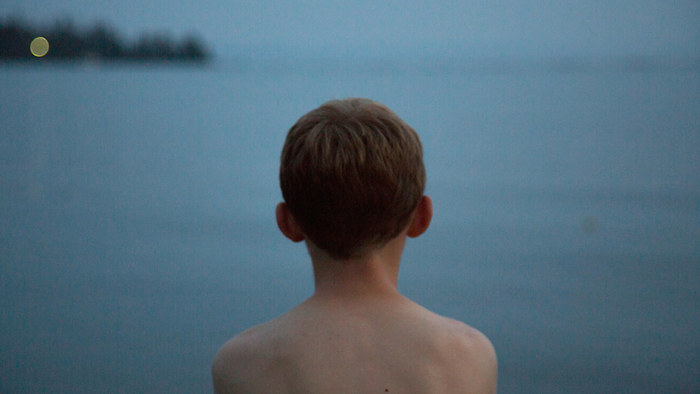 Andrew Cividino lampoons and laments the male of the species in his piquant and delightfully-observed rites of passage debut feature, SLEEPING GIANT. Making great use of the magnificent ‘big country’ landscapes of his native Ontario, Cividino is another starlight trouper from the fabulous galaxy of contemporary Canadian filmmakers. This is a teen drama with surprisingly universal appeal that will appeal to the arthouse crowd of all age-groups.

Quietly incisive yet monumentally moving, SLEEPING GIANT explores the angst-ridden adolescent awakening of three teenage boys who joke and jossle together one sun-drenched summer in Lake Superior, that starts predictably bright but ends in a dark and frightening place. A razor-sharp script is matched with cutting-edge performances from newcomers Jackson Martin as Adam, Riley (Reece Moffett) and Nate (Nick Serine).

Adam is a thoughtful, intelligent boy with a face as pure as milk. Spending the summer with his parents in their luxurious lakeside cabin, he strikes up a friendship with hell-raiser cousins Riley and Nate that soon starts to challenge his perceptions of his parent’s marriage and his discrete upbringing. As they steadily bait him into joining them on shoplifting and drinking bouts, they also encourage him to abuse the trust of local girl, who Adam takes a liking to. Outwardly, it feels as if Adam is unable to rise to the challenge of these young male bullies but the perceptive Adam is slowly biding his time.

As the narrative unfurls amidst the impressive lakeside landscapes, an ominous score signals a sense shift in tone towards of unease in this unassuming coming of ager, which on the surface looks like any other glossy teen flick. And as the boys’ friendship deepens and they jockey for supremacy, so the cracks and resentments start to appear. Nate, in particularly, becomes more vituperative and vindictive as we get to know him, constantly provoking Adam’s masculinity and whilst Adam stays surprisingly calm, he is quietly formulating an informed impression of the situation. Clearly a budding psychopath, Nate masks his insecurity with typically violent outbursts where he hits a dead bird repeatedly with a stick and burns a mating beatle to death. All this is lushly observed in James Klopko’s inventive cinematography that brilliantly evokes the joy and excitement of teenage years in those long lost summers of our childhood.

But these boys are not the only ones playing fast and loose. It emerges that Adam’s father, a deliberately uncool David Disher, is also indulging in some naughty behaviour that could ruin his cosy family summer for good. And when Adam wises up to his father’s behaviour, a subtle inter-generational power-play is added to the sparky dynamic of this holiday crowd.

This is very much a film that focuses on how male selfishness and need for dominance effects the females in their entourage. SLEEPING GIANT develops from a upbeat character-driven piece to one with significant and sinister psychological punch where Cividino demonstrates a masterful control his material and cast in engaging drama that never outstays its welcome with a startling finale. MT