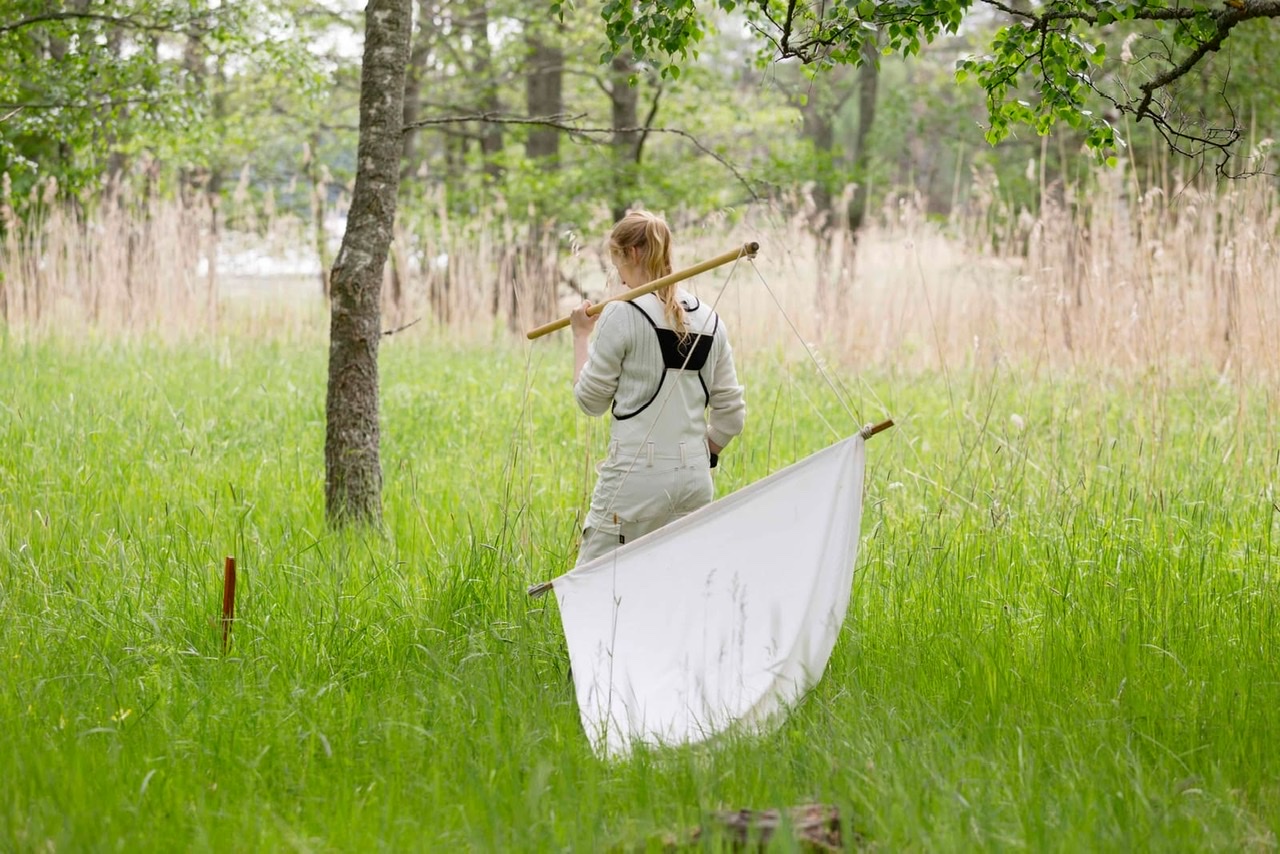 On a remote island in the Baltic Sea a longterm mental asylum has been transformed into a research centre for the study of local floral and fauna, particularly insects. Although devoid of human inhabitants, the place is still haunted by the souls of the women who were incarcerated within its walls, particularly those who fist arrived in 1624 suffering from leprosy, and then a hundred years later when the institution housed a variety of lunatics and the mentally disturbed.

Finnish filmmaker Lotta Petronella brings her fine art training to bear in her third documentary feature that plays out like a haunting thriller making affective use of hyper vibrant visuals and indie composer Lau Nau’s eerie soundscape to tell the story of the island’s troubled past. Arriving there in the depths of winter like some ancient mariner over the icebound sea to the south of Finland she soon discovers that the former asylum is a place with vast archives that reveal a repressed and terrifying history that emanates from letters written but never sent by the women who suffered and died there. While a young scientist is collecting samples of insects and discovering their story under the microscope, Petronella makes her own forensic study of the patients’ records to gain insight into the human element of this remote place. He finds a hidden past that permeates the fabric of the building as the archive come alive revealing their macabre past.

Själö in a restrained but profound study in memory and how history is created and shaped both by those that lived through it and their descendants. Some memories are over-glorified while others are buried and erased from the history books simply because of the nature of their existence. And this is particularly relevant in this island with its strange and disturbing past. “It is a place that makes you contemplate structures of power, science, lunacy, the ecological disaster and the soul, all at the same time. It is haunted by its past until one accepts that the ghosts are there to remind and challenge us to ‘see’ and sense the hidden memories.”
Petronella’s films have been shown internationally at film festivals, art galleries, and broadcasted widely. Her latest film LAND WITHOUT GOD (2019), a collaboration with the artists Gerard Mannix Flynn and Maedhbh McMahon, is an intimate portrait of a family coming to terms with decades of institutional abuse and the impact it still has on their lives. The film celebrated its international premiere at Docs With our Gravity, Warsaw in 2019. HOME. Somewhere (HEM. Någonstans, 2015) shot in the middle of the Baltic Sea, premiered at Docpoint Film Festival Helsinki in 2015 where it was named a highlight by Indiewire. Her first documentary film SKÄRIKVINNOR (2008) was successful both with critics and audiences and was shown on numerous television channels and film festivals. Her work has been supported by the Finnish Film fund (SES), Art Council of Finland (TAIKE), Art Council of England, KONE foundation and Finnish-Swedish Art Council.
SJÄLÖ – Island of Souls received a Special Mention from the NORDIC:DOX Jury at CPH:DOX CPH:DOX 2020
Copyright © 2022 Filmuforia