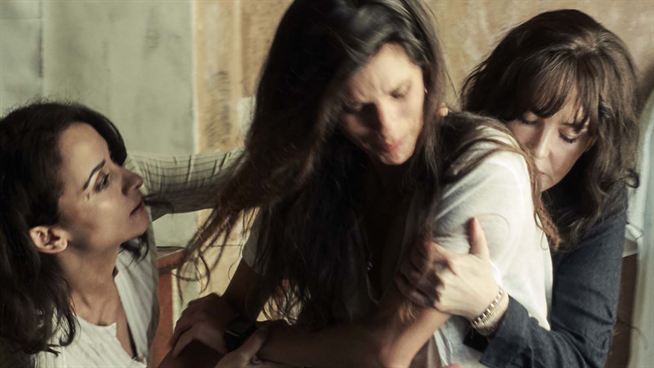 Isabelle Adjani is the star of this turbulent sophomore feature from French filmmaker Benguigui that sees three sisters ride an emotional rollercoaster en route to discovering what became of their brother after their father took him back to their homeland.

Part road movie, richly complex character study and melodrama, Benguigui touches on socially relevant themes of immigration and female empowerment in her largely autobiographical film that is powered forward by genuine enthusiasm – and it succeeds, despite structural flaws, in relating a genuine story of sisterhood set against a turbulent past.

The film open as the youngest sister Norah (Maiwenn) finds herself back home with her mother Leila (a fierce Fattouma Ousliha Bouamari) causing ructions in the domestic status quo. Past resentments resurface, Norah blaming her mother’s divorce from their abusive Algerian father as the root of her problems. But Leila claims she bringing her daughters to freedom they now enjoy in France. And although only the middle sister, Djamila (Rachida Brakni), seems settled with a high profile career in the Law her feathers are ruffled when the eldest sister Zorah (Isabelle Adjani) decides to write a play about the family story, the others reacting with varying degrees of horror, not wanting to relive the trauma through a play. Sudden news of their father’s stroke back in Algeria then forces the girls to pull together and visit him in the hope of a family reunion, and to find out what happened to Redah.

Much soul-searching follows as they all make the fraught homeward journey that leads to  tears and violent recriminations, and some really powerful acting from the trio. Benguigui’s fractured narrative swings flips backwards and forwards to fill us in on the past, but the doubling up in casting is often confusing with Zorah’s daughter Farah, (played by Hafsia Herzi) also playing her mother in the play’s flashbacks. And the father’s sudden stroke feels rather too convenient as an opportunity to return to Algeria although the scenes around the capital are some of the film’s most enjoyable moments. And it’s interesting to see some nuanced subtlety for Adjani after her more fraught roles in Possession and Camille Claudel.