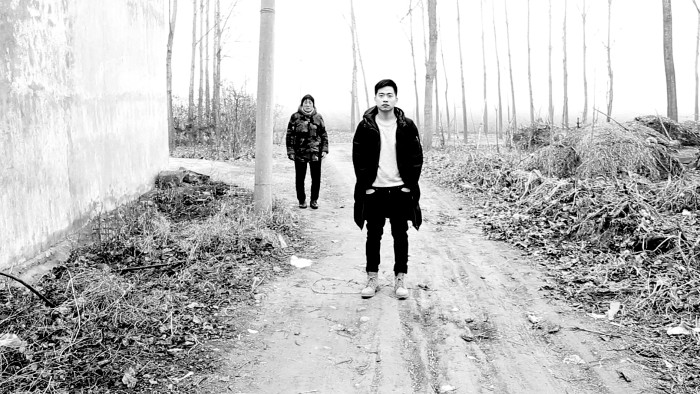 Shot in moody black and white, Jordan Schiele’s documentary sees the future colliding heartbreakingly with the past and rural family life in a village in Henan, central China.

Yao, a gay man in his late thirties, arrives from Beijing to celebrate the New Year along with three billion or so other workers who make this annual pilgrimage to be with their families. The journey takes nearly four days, not the usual nine hours. Yao is successful in a modern sense, with an MA his salary helps his extended family to survive in the 21st century. His parents are still waiting for him to settle down but he keeps his sexuality a secret, out of guilt, and events invents fake girl friend, who just happens to be in Korea over the New Year. The whole family watches him Skype her on his mobile.

Schiele joins Yao on his journey south and tries to talk world politics with his bedridden father Fu Qin – who was forced to beg in his childhood and has suffered two strokes. Yao’s deaf and dumb mother Mu Qin, is also a full-time carer to her husband, coping with his total immobility. The family room of the ramshackle house is dominated by a poster of the young Mao – Yao tells us that his father prays both to Mao and Jesus to make him mobile again. Yao’s brother Fu Qin is clearly the family favourite but Yao is always aware of his otherness: Managing the expectations of his family and former teacher are a constant concern. “I never visited him with a girl, and now the first friend I introduce to him is a man”. A sombre ending, when the two men drive away in their car after the festive season, concludes this gloomy visit – the fireworks providing the only upbeat moments.

Everybody seems to talk all the time about their happy family life but Schiele makes clear that the opposite is mostly the case. Yao even contemplates marrying a woman just to keep his family happy. Such are the pressures of the ties that bind. For all its cultural differences, China is no different from anywhere else: underneath the multi-layered family conflicts everyone keep the status quo. An eerie atmosphere of repression and denial makes for an often strange, but fascinating watch. AS