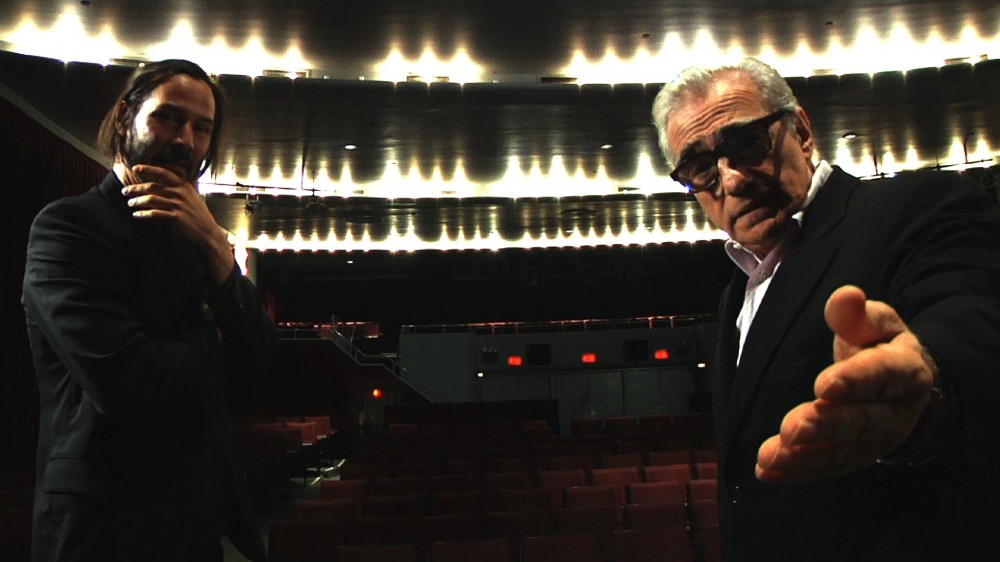 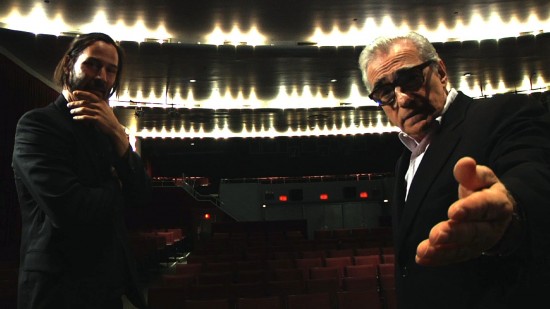 With the tag ‘Can Film Survive Our Digital Future?’ Keanu Reeves is our window into the world of filmmakers, cinematographers and the twilit world of post production, but the interview list is nothing if not comprehensive. Over 40 of the movie ‘rich and famous’ grace this (digitally shot) documentary on the relative merits of 35mm over its rapidly maturing bastard offspring, digital.

Giving us an in-depth potted history of the story so far, with films that changed the way things were done, either in camera or in Post, Keanu talks to the movers and shakers about what they did, why they did it and what the outcome was. There are the staunch filmophites such as Chris Nolan, director of the latest in the Batman franchise and on the other side of the room, George Light Sabre Lucas, who could only see the drawbacks in shooting 35mm.

This film is fascinating, although I do wonder how interesting it might be for the casual popcorn-muncher. Certainly the girl next to me woke herself up with her own snoring; I’m not kidding. But it does give a clear understanding of the development of digital, the need for it and what all the essential terminology means like CCD, or ‘Red’ Camera, ‘2K’, ‘4K’, or what a Colourist does.

If you work in film, or have any deeper interest in film beyond simply rocking up at the local Vue forFast & Furious 8- What Happened To My Underpants? Then this is a valuable documentary, quite aside from the on-going argument on which is better: film or digital.

As more and more effects are called for in Post Production, the fiscal answer is always leaning toward shooting on digital but the aesthetes will forever lean towards emulsion. Then there’s the cost of distribution, the degradation that occurs with film prints… and there’s the whole archiving problem. Already there are films made digitally and stored on tapes that no longer have a machine that can play them.

The film really is a ‘Who’s Who’ of directors, cinematographers and Visual Effects guys and is almost worth seeing for that alone. The discussion will rumble on for some time, of that there is no doubt. And there will always be merits for using either. I do hope though that digital won’t signify the end of 35mm. And for some reason, filmmakers being the bunch they are, I don’t believe it will.

Go and be enlightened. Keanu never looked so bright. AT