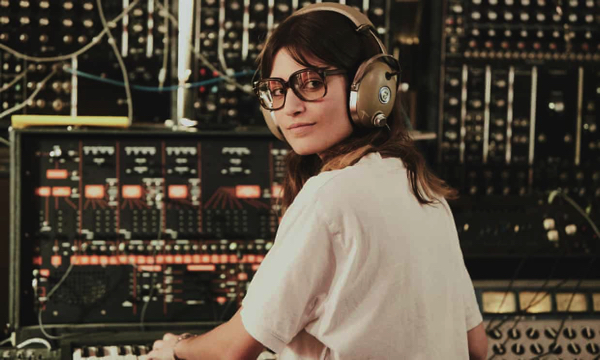 Shock of the Future **

A girl reacts with nonchalance, petulance and finally flirty self-assurance when hired to compose a jingle for an advert in late 1970s Paris. Not much of a role model for aspiring female music-makers – especially when the sleazy old geezers that rally round to help her are clearly after one thing – which is why Marc Collin’s film is such a missed opportunity.

The Shock of the Future works best as a riff on the genesis of electronic funk and synthesised music from Pink Floyd to Michel Jarre and French disco drummer Cerrone (nice to revisit his one hit wonder ‘Supernature’) during the late 1970s early 1980s. Collin is a French musician and producer so has a keen feel for the vibe and the pioneering women who made it happen: Delia Derbyshire, Laurie Spiegel and Wendy Carlos. But he is clearly over-awed by Alma Jodorowsky – granddaughter of Alejandro – who plays sultry Ana, a chain-smoking budding composer whose sexy attributes ensure oodles of assistance from the men who swing by her humble bedsit where she idly twiddles knobs – sadly not theirs – on an impressive early synthesiser. The threadbare narrative and shallow characterisations don’t do the film a favour – especially for Jodorowsky’s subtle talents, but it’s short and sweet at only 84 minutes running time and provides a pleasurable heads up for that heady era. MT