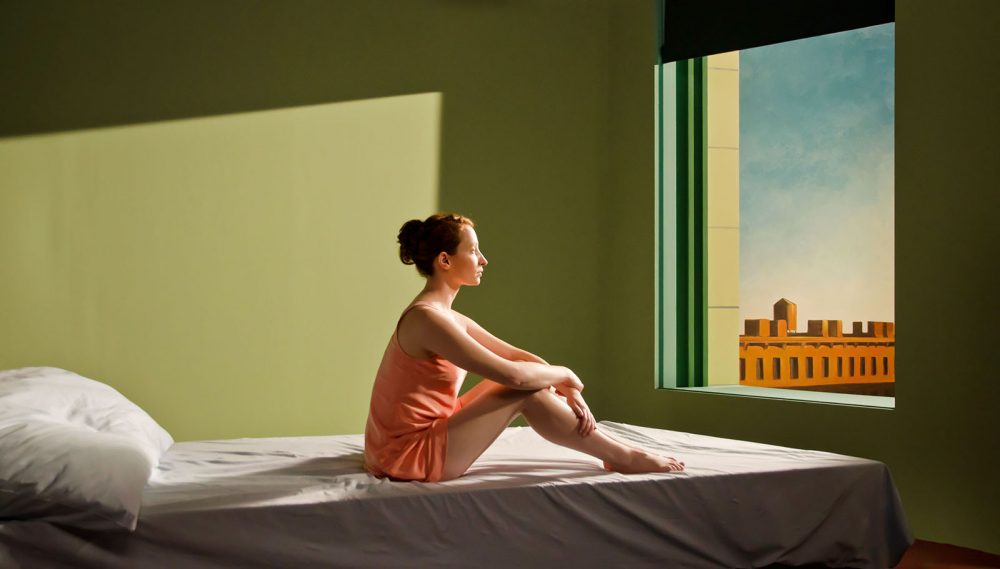 In Shirley, Visions of Reality Austrian architect and filmmaker Gustav Deutsch daringly imagines a story behind thirteen of Edward Hopper’s most famous realist portraits of American life during the 1930s.

Deutsch maintains the same calm frigid detachment from his subject matter. In this discrete and beguiling curio, the intrinsic feel of Hopper’s work is maintained by the garish brightness of starkly colourful interior scenes, envisioning a life beyond the isolation depicted in the soulless settings, occasionally accompanied by Christian Fennesz’ atmospheric score. In “New York Movie” Shirley muses vacantly over the life of a bored cinema usherette while “Intermission” sees her actually watching a French film with the comment: “intermission, like waking up from a dream”. Shirley projects no personality and is merely a elegant cypher frozen in an eerie time-warp as she muses reflectively over the historic milestones of the Depression, the Second World War, Civil Rights Activism and Vietnam, somehow creating a quiet sense of suspense in this sensuous and strangely affecting film.  MT