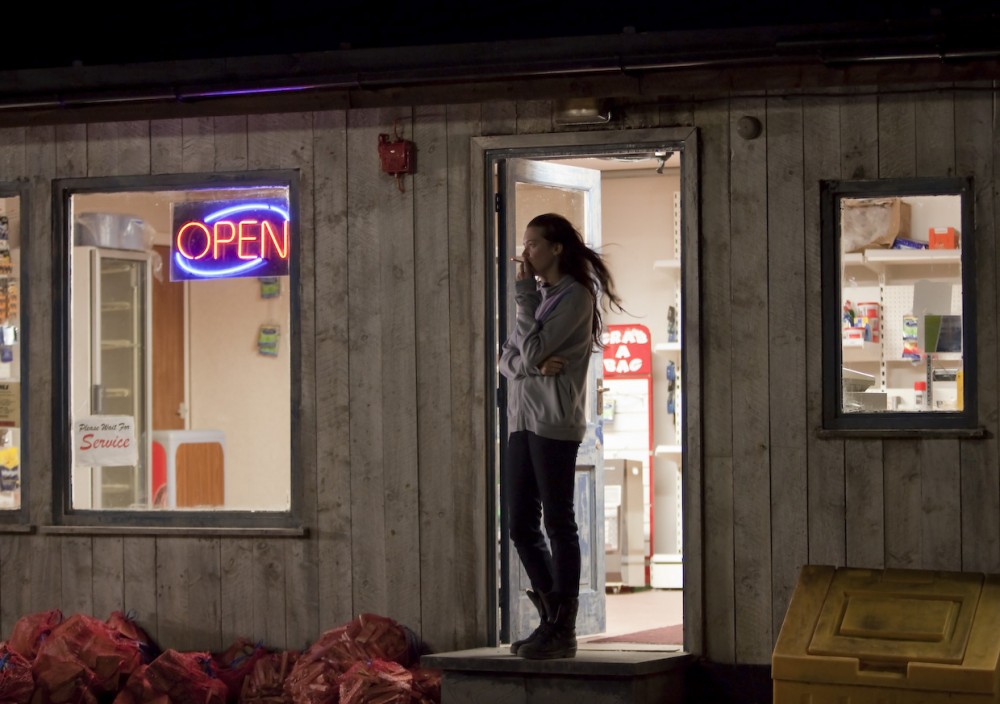 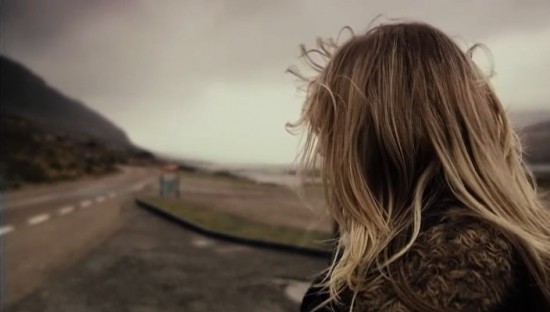 Scott Graham’s debut feature is a beautifully-crafted and gently haunting mood piece of indie, arthouse cinema.  In the desolate Scottish Highlands a young woman mans a petrol station alone. Her dark locks and a marble white looks seem at one with the moaning wind and angry skies of this remote landscape and are as much company as her sullen father (Joseph Mawl) who suffers from epilepsy. The two are viscerally close. Shell’s mother is no longer around.

Chloe Pirrie gives a restrained but engrossing performance as Shell, a dutiful and self-contained daughter who occasionally takes a gun into the hills and comes back with venison for the long winter evenings by the fire.  A dark horse whose story gradually unfolds through the occasional visitor who passes by, Shell seems opaque and deliciously mysterious. 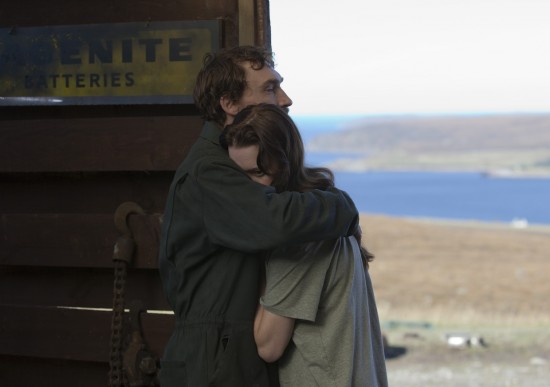 The unexpected denouement to does feel slightly at odds with the slow and patient narrative build-up of a drama that started life as short. But nevertheless marks out Pirrie and Graham as talents to watch out for. Joseph Mawl is watchable and intriguing in this understated portrayal of familial claustrophobia and mental illness. MT