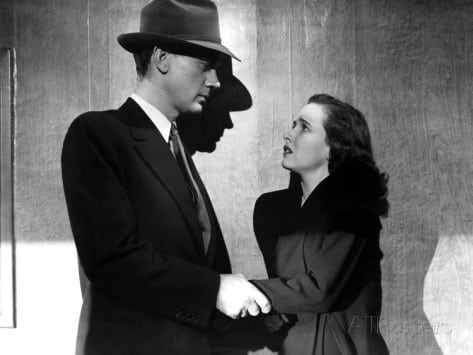 Charlotte is ecstatic to have her dear Uncle Charlie over at her place. But upon his arrival, she learns that he is a serial killer and must now stop him from killing more people.

Directors’ attitudes to their films is sometimes based not on the quality of the end result but the memories of it’s making. Hitchcock himself denied that this was as reputed his favourite of his films but simply that he’d enjoyed working with Thornton Wilder on the script so much it had a special place in his memories.

Although relatively little-known today it surely ranks with his best, awash with similarities to his more celebrated productions. Joseph Cotten is once one of Hitchcock’s most charming psychopaths, like Bruno Anthony in ‘Strangers on a Trains’ hiding his pathological hatred of women behind an apparent flippancy.

Like ‘Psycho’ it begins with the camera stealing through a window into a hotel room; when the action transfers to the sleepy little town of Santa Rosa the horror lurking behind the deceptively bland surface is classic Hitchcock. But the presence of an innocent brunette instead of a guilty blonde is refreshingly unusual for Hitchcock.@RichardChatten