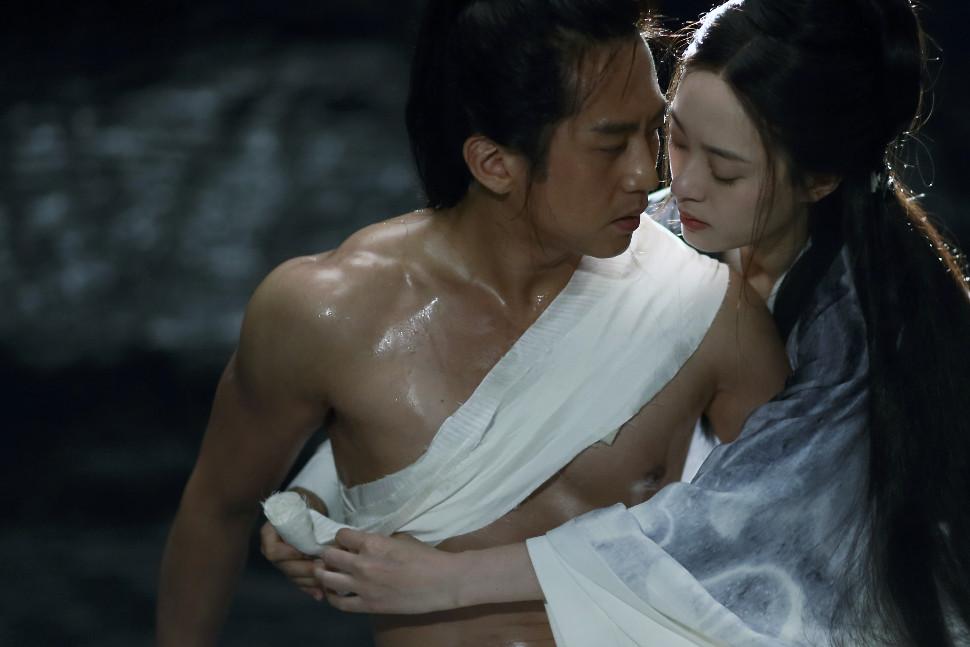 Two-time winner of the Golden Lion at Venice for The Story Of Qiu Ju, and Not One Less, Chinese supremo Zhang Yimou relinquishes his charisteristic colour spectrum for a magnificent monochrome palette in his latest martial arts extravaganza that melds solemn Singing in the Rain set pieces with eye-popping wuxia credentials in a glorious return to form akin to Hero and House of Flying Daggers.

Grey has never looked so stunning in Yimou’s action scenes inspired by China’s tradition of ink-wash painting and creatively choreographed with the director’s signature style and inventiveness. In place of shields, lethal steel umbrellas cut and thrust in an epic tale set during China’s Three Kingdoms era during the Third century where the land of Pei is ruled by an unhinged maverick king (Zheng Kai). The king’s military commander (Deng Chao) has shown his skill on the battlefield, but running the kingdom is another matter needing political nous and diplomacy to survive. So he has trained a “shadow” (also played by Deng), who can fool the king, as well as Pei’s enemies, when required. Fighting to gain control of the walled city of Jing, the king and the commander join forces to plan a secret strategy. While the real king, a dissipated old warrior, has retreated to his lair to lick his world weary wounds, his wife Madam (Sun Li) has fallen for the younger and stronger double.

During the extraordinary battle scenes the only contrast from the stunning steel grey, charcoal and white aesthetic is that of human flesh and blood evoking a palpable feeling of pain and suffering and bringing to mind the epics of Akira Kurosawa. This occasionally drawn out but intoxicating game of intrigue and duplicity slowly builds to a coruscating climax as Yimou manages the spectacular combat set pieces with extraordinary ingenuity both on the widescreen and in intimate close-up, the umbrellas bristling with blades as they cascade like gushing rivers of steel raining down on the floating Trojan horse centrepiece.